I was looking forward to this but at first it dragged a bit. I found Cassidy a bit hard to like, though as the story continued and we saw some of the issues troubling her and how she was dealing with them I felt a lot more sympathetic to her, and understood more about how and why she acted as she did.

Gage – Oh Gage, what a terrific man he was. So patient when most guys would have given Cassidy the heave ho, but he knew there was something between them that was worth waiting for. Even the most patient of men have a breaking point though, and he also has issues from his past affecting the present. At times Cassidy seemed very young, very immature whereas Gage always felt that bit older, with an outlook that considered first not just reacted as she did.

The first 40% I almost gave up at times, I just wasn’t really being pulled into the story, couldn’t somehow get to grips with it and then suddenly it became such that I just could not put it down. Waiting for my friend in Morrisons for our usual Monday breakfast I got caught out. Didn’t see her, didn’t hear her and when she tapped my shoulder and said hello I almost jumped out of my skin. I was away, with Gage, Cassidy and Luca…..that’s the best book isn’t it – those that transport you into the story, make you feel part of it. I was so angry with Cassidy at times, so cross with Luca and inwardly yelling “don’t be so stupid!! What about….” but of course if they’d listened to me it’d be a dull book ; –)

So after that slow start the story raced along for me, gave me all the drama and emotion I wanted and was a fantastic read, and became one I’d reread – I just love drama and angst…I’m looking forward to more in the series.

Stars:Four, if it wasn’t for that slow start this would be a five, certainly the drama part made it.

ARC supplied by Netgalley and publishers.

If you enjoyed my review I’d love it if you would please click “Like” and if you didn’t I’d love to know why, in case I’ve inadvertently added a spoiler and need to edit.

Running with Scissors,  L.A. Witt
Review from Jeannie Zelos book reviews
Genre:  Romance, LGBTQIA
I love LA Witt’s writing, it just seems to make sense to me, and the style fits the way I want to read. Its written mainly in 3rd party but with insets of thoughts in 1st POV and that works for me. I feel with these little though additions that I’m getting an insight into what the character is thinking and feeling, while still getting an overview of the situation from outside.

I so felt for Jude, I really liked him as a person. It must be tough walking away from a relationship, the band you love and the friends you’ve had since childhood, and things must have got desperate for him to do that. As we get to know Connor though, the man he left, and the rest of the band we can see just how intense it had got. Now Connor has just had another breakup and Wyatt has left the band. Jude is a talented musician and though he was their drummer he’s been replaced, but as he knows the music and can play bass they want him back to fill Wyatt’s position. He’s hated the last 18 months, regretted leaving like that though he couldn’t stay involved with Connor, and the chance to come back – well, its like a Godsend. Will they accept him though? He left them in a really bad place, on the cusp of success and they’ve struggled to get back there, and they need to feel trust in him. There’s lots of conditions laid down – no-one can take another disastrous breakup so band relationships are out – thats made Very Clear. Thats OK by him, and then….he sees A.J. the man who replaced him. There’s an incredible spark between them, and I could feel the intensity of the pull, the way they seemed to attract each other like magnets, and tried so hard to avoid it.

Of course inevitably they get together, and also inevitable – they get caught out. Poor Jude, poor A.J. AJ’s scared of losing his place in the band. Though he’s been there 18 months to him he doesn’t feel part of the tight knit group of friends, and he’s always waiting for them to tell him he’s been replaced, especially now Jude is back and he’s incredible at drums. Jude doesn’t want to lose AJ, but equally doesn’t want to lose the band and his second chance. The band manager tells him if he and AJ can’t work it out so they’re not together but still both in the band it’ll be AJ that goes, and Jude can’t bear that either…Its a time of huge friction for all of them.

I loved AJ and Jude, and seeing the way the others interacted. Conner came off as a bit of a jerk, always ready to blame someone else, always demanding to be the one in control, making the decision. Later we see his side and I realised he wasn’t quite as bad as I’d thought. When he knows about Jude and AJ though the shite really hits the fan….he and Jude have not got on great since Jude’s been back, Connor clearly still holds a grudge. Jude regrets what he did, the way he left, the hurt he caused Connor but he can’t change that now, and has been trying hard to just get along with everyone. They’ve not really extended a great deal of friendship to him though, clearly there’s still much resentment and the Tour has been gruelling, with them all at very close contact on the tiny, cramped tour bus. There’s the album to record, and an even bigger tour coming up where they’ll be headlining so they need to find a way forward…
Its a great read, has the band stuff I love, great characters and realistic storyline. Intense relationships are formed in those circumstances, bands do have these kind of issues and I wasn’t sure how on earth it was going to get resolved. What a choice, the band or the man, you can’t have them both – who’d want that kind of decision?
Stars: Five, one I’d be happy to reread.
ARC supplied by Netgalley and publishers
If you enjoyed my review I’d love it if you would please click “Like” and if you didn’t I’d love to know why, in case I’ve inadvertently added a spoiler and need to edit.

Last part out Sept 8th.  I’ve loved this trilogy, full of drama and emotion. Its not on preorder on amazon, but I’ll be adding my review and link on publication. 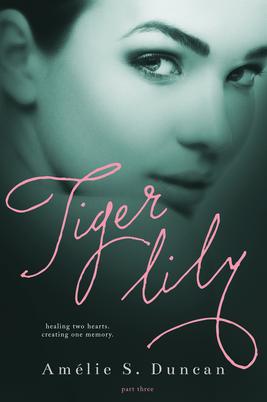 Lily loves Jonas but implicit trust is another matter. After all they’ve been through, she still can’t believe he’ll stay no matter how deep, how dark her secrets. With her ex, Declan, up to his worst, Lily’s embarrassed and ashamed…but she’s underestimated Jonas. He has brains as well as beauty. With the same ruthlessness he uses to dispatch his business rivals, he vows to annihilate Declan.

Lily is glad to relinquish control. Jonas is determined to personally oversee her recovery and she lets him. She’s still too weak to deal with the chaos that’s become her life. Jonas whisks her away to a secluded luxury loft in Tribeca and pampers her with sensual decadence. Every caress, every lingering honey-sweet kiss they share says he loves her—even the way he possesses her body in the sultry heat of the night…but will Jonas commit? Will he ever be able to say those three little words she craves to hear from him?