Maximum ARV of all prizes: $1000. Prize includes: $1000. If winner is unable to receive payment then prize will be forfeited, and an alternate winner may be selected in accordance with these Official Rules from among the remaining eligible entries for that prize. Prizes may not be transferred or assigned except by Sponsor.

I was really surprised by this book – I adore Tracey’s writing style and everything of hers I’ve read so far has been 4 – 5 stars. This though? Well, though I restarted a couple of times thinking maybe i just wasn’t in the right mood, thought perhaps I’d missed something integral to the story I just couldn’t get in to it. After struggling really hard to get to 40% I abandoned it.

I didn’t really feel connected to either Ian or Veronica, didn’t seem to be able to get a sense of what type of person they were – the characters are for me usually a really strong point in Tracey’s novels, and I get drawn in to them and their problems very quickly, so I just didn’t expect that.

There were some very tense and heated sex scenes, but they felt kind of distant in that I couldn’t feel they were truly what each of them wanted to do. It was as if they were having sex purely through lust, and intentions other than romance and sensuality, as if they did it because if what was going on rather than because they just couldn’t keep their hands off each other.

I felt the romance, the characters issues, plus the mystery to be unwrapped connected very tenuously, rather than meshing into one must-read story, and for me this was a surprising fail.

I still adore Tracey’s stories, just that this one didn’t cut it for me. Of course as always that’s a personal view and there are others who are blown away by this story. That’s how it goes, and what keeps novels interesting 🙂

Stars: two –one that just didn’t work for me. 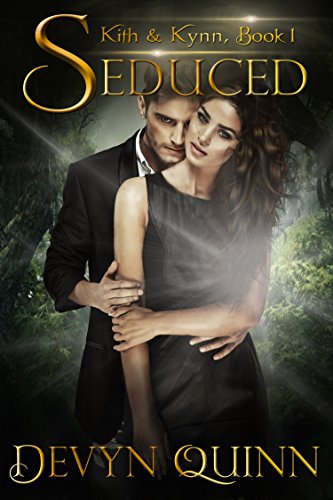 I was really looking forward to this, sounded right up my street but…I didn’t like it.

First issue was Rachel, I found her really selfish. Her ex employee, trusted and valued while she had her bookshop, becomes someone she’s happy to dismiss as soon as she doesn’t need her…and the poor women is only 62 ,but she’s described as practically senile in Rachel’s views.

Then Rachel goes from waitress to higher and then gone in just a few days, and though she was a more than willing participant in what happened, is one of those irritating women who call  foul after the deed is done, blaming everyone else and saying she didn’t really understand. Yep Rachel, would that be before or after you got naked, before or after you mulled over never having had sex with a woman before. Grrr….

Then the cheque issue – how grasping and immoral was she? Nope, I really, really didn’t like her. That means of course I can’t get behind her, want things to work out for her and spoils the way I take to the story.

I had issues with Devon too though, couldn’t believe he would honestly be as all-in after only a couple of days, could really show her his world to that extent, change her life so much, when he knew so little about her. That was a huge risk to the Kynn, and something that I’m sure he wouldn’t have tolerated in his position as Chancellor from anyone else.

I struggle too with the whole I love you, lets have sex with lots of others concept…..my issues of course but ones that affected how I felt about the novel.

Guess my star rate comes as no surprise then – but as always its only how I feel, and everyone wants something different so this could be exactly what you want. I really don’t like Terry Pratchett books either but they sell in the millions 🙂

Reading is subjective, thankfully we’ve a huge range to choose from.

Stars:Two, not one for me