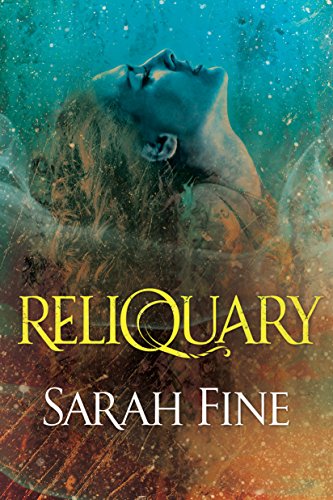 Well, this was a treat – a book about magic, different sorts and people that can hold it, use it, sense it and those that become addicted to it all in a world where most people have no idea it even exists.

Mattie is a great girl, strong and caring, and when her fiancé Ben is abducted she feels not enough is being done to find him so takes her own tracks. She’s shocked to  find he’s ensconced in the world of magic, something he’s kept hidden from her and at first she’s convinced it’s all some kind of trick.
She learns things about him that shock her, and  discovers too that she has a rare talent for carrying magic in her body, enabling it to be transferred to somewhere else.That makes her very valuable to certain people.

In her search for Ben she comes across his estranged brother Asa, who at first seems to live up to his reputation as a surly, aggressive criminal, but along the journey we see another side to him, and I really liked him. Out of him and Ben I’m solidly on team Asa!
The search takes the two through a dangerous path, travelling across the world,  meeting with violent leaders within the money and power driven world of magic, who’ll stop at nothing to get their hands on what they want. Mattie and Asa are walking a thin line and risking their lives, not just once but time and time again to rescue Ben. Despite his deception Mattie is still determined to rescue him.

Its not a book with a cliff-hanger ending, but stops in a natural break but still, I want more, I’ve become a real fan of Asa and the way he and Mattie have such chemistry – for me he’s a far better person and fit for Mattie than Ben.
I love the magic world created here, its feels fresh and unusual, and full of promise for a terrific series. On to book two soon I hope!!

Stars: Five, a great start to a new series.