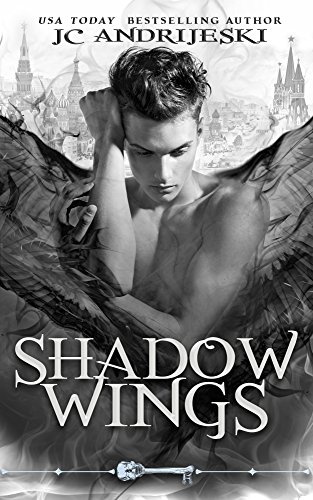 One magical key.
The turn of a lock.
An adventure of a lifetime.

The Skeleton Key finds those who are brave enough. Curious enough. Crazy enough. It only needs an unsuspecting hand and inconspicuous door. Magic uncoils and where the door leads, no one knows. The one way to discover the truth is to step through into a world of the exotic and untold.

If you dare to dream the impossible…
Prepare yourself.
Unlock the Skeleton Key adventures
An intriguing concept, 28 different authors writing a story based around the same subject, the Skeleton Key. I love JCA’s writing style so was keen to read this one.

I enjoyed the story, a lot, but it wasn’t anywhere near the pleasure I have from reading Allie’s War, the Morph books  or the fabulous Black series. Raguel is just not Revik!! or Black…. Those books have a much deeper feel, more intese and solid reading. Everything  in this is good and easy to read but its kind of JCA Lite to me compared to the others.
Its a fun story, scary in parts thinking how easily the Russia described could be – in fact probably is – very much like the Russia in this book.
I liked the characters, the very moral Ilana, one of those people who do things because they believe in the rightness of them, not just because its a job, a paycheque. She believes in what she’s doing, genuinely feels as if she wants to make her Russia a better place, but she’s not blind to the corruption and the craze for power that some people fall prey to.
Then she meets Raguel, and she’s puzzled. He seems like a straight forward mental patient, but then he knows things about her he shouldn’t and how does he? She’s puzzled, doesn’t feel he’s the fruit loop others seem to be convinced of, and when he indicates he can help her with her quest to find the murderer she talks to him. What he tells her though though is something she finds impossible to believe..until she sees the key and its reaction to Raguel…

A  fun read, and one I enjoyed and would like to read some of the other stories when there’s time…its always way though, isn’t it – so many books so little time.

Stars: Four, an enjoyable read and it will be interesting to see what approach other authors take.