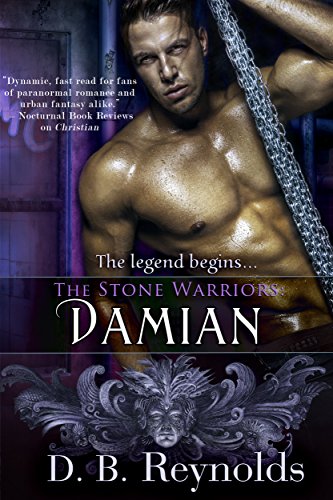 Debbie’s Vampires in America series is one of my all time favourites. I “found” her books when there were about four out, and have followed them ever since.

I still love Raphael and Cyn in the first two books as my favourites. Its there we first met Nick, Nicolas Katsaros – Cyn’s friend – with – benefits, though its not until “Compelled”, one of the latest stories,  we ( and Cyn) discover he’s more than just a rich, casual playboy type, that he’s actually a very old sorcerer. We learn there of his Warriors that were turned to stone over a thousand years ago by his old foe,Sotiris . He’s been searching for them ever since, and his latest attempts have seen him join forces with the FBI as a kind of freelance investigator with his team of hunters, searching out dangerous artefacts, and along the way looking for clues to find and release his warriors.

Casey is one of his team, a human but with the ability to sense magic, and we meet her right at the start of this book where she’s being chased by Hell hounds….and she fulfils the conditions to release Damian while she’s desperate to escape.

Well, Raphael had me hooked right from the start and I was hoping Damian would too. Its not turned out quite that way though, I liked this story, liked it a lot but wasn’t pulled in to the must-read-one-more-chapter that VIA does for me and did from book one. That’s unusual though, I often think first books in a series have a hard task, setting out a new world and conditions and producing a gripping storyline.

Damian reminded me of so many ways of Raphael, and yet where Raphael pulls it off, Damian just comes off as an arrogant misogynist at times. Casey was so strong to start but I felt she caved a bit quickly, and as for when she was worrying about whether she’d upset Damian…that just didn’t feel right, I felt she would have put more focus on the task, her job and less on him. Likewise his determination to tell her everything, yet he’d known her less than a week. It just didn’t sit right for me. VIA had the balance perfect, but here I felt the romance was a bit insta-lust and too serious too quickly, given its only a few days, whereas VIA 1 and 2  covered months.

Nick, I wonder when he first came into VIA if Debbie thought then he’d become Nicolas Katsaros, or if that developed later? I love the way authors do that, make something or someone into so much more later in the series, or as here in a new one. He’s an intriguing person and I’d like to see more of him, he’s got lots hidden that would make for a great story. Still, for now I guess the other three warriors will come first and though this didn’t quite hit the spot I’ll be eager to pass that off as first-book-in-series syndrome and read more.

Stars: Three, a good start but didn’t feel quite there yet. Looking forward to seeing the series develop though.