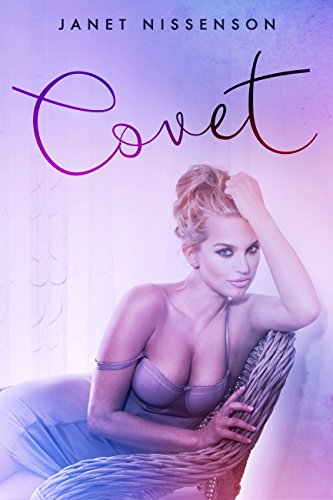 Well, just for info this book was originally called Splendor (Inevitable 2), and is still available under that name. Now because of reader comments and requests Janet has re-written it to include Tessa’s backstory and her  marriage. Despite her being married though this is not a book that contains cheating.
I’ve got some issues reviewing this – its a long book, and usually I love those, but this dragged so, so much I wanted to flick ahead and find the actual story. It starts with Tessa being just 16, and the first half of the book mostly covers her teen years and marriage. We don’t even meet Ian until almost halfway through the book. Its classed as erotica too – and having looked at Splendor, and seen comments about the sex in reviews ( positive and negative – isn’t that always the way? What some of us love others hate!!) I was expecting something steamy here but…its just all dreams. Literally!! The sex is just in Tessa and Ian’s dreams and imagination. That doesn’t cut it for me, sorry. I need to feel the emotional connection otherwise the sex is just…sex, not romantic, not any sort of lovemaking.
What I love about romance, whether erotica or otherwise, is the characters meeting, how they get together, build up to a romance, the push and pull, the slow burn that gradually sizzles until they finally take that plunge and become lovers, but here none of that happens. Its just Ian wanting Tessa but holding off, and Tessa wanting Ian but thinking he wouldn’t be interested in her. the sex is all imaginary.

For me the story is potentially very good and the writing flows well, but there was just far too much of what felt like padding, fluff, stuff included simply to get the word count up and make two books. I do want to read more…I think…  do want still to see how Tessa and Ian actually get together, and am wondering whether to buy Splendor for that rather than wait for the sequel to this.
If there’s really such a demand for a prequel I think Tessa’s background could have been covered easily in a brief novella, a Spendor 0.5 book, rather than rewriting the whole story and dividing it into two. There is supposed to be a lot of new material coming in the next book, but it worries me that it may be like this one – full of fluff, what feels to me like irrelevant padding 😦
Still, as ever I’m sure there will be readers who love it – along with ones like me who are ambivalent, a good story, good writing but just too much additives. The Wednesday issue irritated me too – just didn’t feel right, felt over hyped and forced. Its a minor irritation but one that had me rolling eyes and thinking “ for goodness sake girl!!”
So overall I’m going a three, a book that for me could have been 5 stars if it was more succinct. I think that maybe Splendor is the read for me, where all the story is told in one swoop – I hate romance stories being in two or three parts anyway, and Splendor seems to be a read without those extraneous parts.

Stars: three, lots of potential but too slow for me  to really get into it.