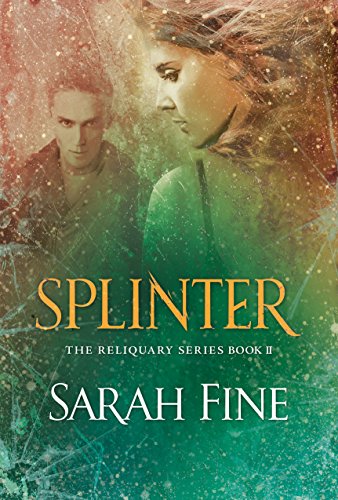 Mattie’s been struggling, having panic attacks about the wedding, about what happened, in constant pain and lost so much weight. She and everyone around her assumes its stress related to the events of Ben’s capture and what she went through. Only she, her granddad, another Reliquary, and Ben know the real story, the others assume it was a conventional kidnap and that Mattie was trying to coordinate a rescue, they’ve no idea what really happened. Well, the world of magic is not widely known, and until recent events Mattie too was in ignorance of it.

Her beloved Granddad is dying, from cancer his family think, but he lets Mattie in on a secret, its magic that’s killing him, he has one of the original four magics inside, and secretly holds the original vessel for it too. When he’s gone, that magic dies with him and he wants Mattie to take the vessel to the headsmen and let them know.
That’s the plan but as always it doesn’t work that way, and the consequences of someone’s intervention have Mattie plunged right back into the world of magic once more, and yet again needing Asa’s help.

I love Asa, love his dog Gracie. He’s such a complex man, but with a true heart and its clear he had strong feelings for Mattie back in Reliquary. He gave her a choice though and she went back to Ben…
Ben, well, she’d known him for years, thought she loved him, couldn’t really believe he was the man who’d been doing things behind her back, desperate for a touch of the world of magic, and who indirectly caused her so much trouble and led her into such danger. I know she loved him, I liked his side where he’s been good with her, his animal lover side, but we only really saw the dark side, the magic addiction, where he’d risked everything, his and Mattie’s future, for himself. I’m not convinced he’s learned a lesson, that he’s really given all that up and..well – you’ll have to read for yourself 😉

Its got a balance of subtle romance with a great plot, Magic with its different forms and users, its potential for both good and bad, and of course the power hungry factions who crave what it can do for them.
I love that Mattie and Asa are once more running from those factions, love Asa’s planning, his ingenuity and the way he’s ready for almost everything, and yet each time their escape is a real skin of teeth thing. I really wanted Mattie to see Ben for what he is, but she seems so fixed at remembering only their good past, that she ignores – at least puts at the back of her mind anyway – the recent events.
Which is the true Ben I don’t know – but for Mattie it’s the Ben she fell in love with. Will this new danger, one that once more Ben is at the heart of, change her mind? Will his motives matter, that he means well, or even does he really mean it, or is the lure of all things Magic and its potential to solve problems what’s really pushing him?
Mattie has made it clear No Magic, and he agreed but will she, can she, let this aberration slide past?
And what of Asa? Will seeing him bring back her feelings for him that she’s never really been quite able to let go? Its clear who I want, but I’m seeing it from a different perspective of course, so who knows what she will choose. Even right to the end I was unsure, and these characters feel so real that I genuinely care about them, want Mattie to be happy, love Asa, even with his problems. Knowing his upbringing I feel so sad for him, understand just why he’s such a difficult person, and Mattie seems to ground him in the same way Gracie does. I feel for Ben, can see he genuinely thinks he loves Mattie but I don’t really think he does, can’t respect him unless he can put her first and I don’t feel he can.

Its another fabulous read, once more bringing Mattie back into Asa’s sphere, bringing them on a trail of danger, bringing in other magic users, the Carnies – what a fantastic group they were. It made me think – what if this whole magic thing was real? Who would be the good guys? I’m pretty sure Govs across the world would do anything to get their hands on the power Magic has, regardless of the people involved and what they wanted. It’s easy to persuade people that the “greater good” should prevail, that yes, this amounts to restriction a persons freedom, to inflicting them to do things against their will, but “the world needs it” is a powerful argument that can be so easily abused.
.
Stars: Five, another solid keeper for rereading,  and I wish book three was out now 🙂