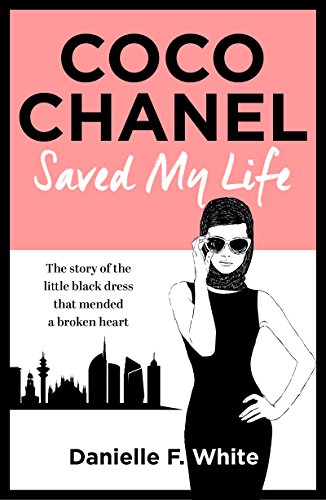 I was really excited by the description of this book, I love Sophie Kinsella’s work and eagerly dived in.

In some ways Rebecca (AKA Coco) here does remind me of Sophie’s Becky. They both tell the story, are slightly manic at times, prone to some deep inner musings that make me smile, and practise self deception. With Becky its about her finances and her self image, Coco shares the self image despair but her big downfall is Love, or perhaps lack of it.

I didn’t really like her at first, she came over as shallow, self obsessed and the constant stance on her weight and looks, deriding those that are bigger really wore at me. I did warm to her as I got to know her better, she was underneath all that a kind person, a hard worker, someone who looked out for others, but each time her love life took a setback she wallowed, excluding everyone. When it was going well she didn’t take the time she should with her friends, but always expected them to be there when she wanted them. Friendship is two way and she was only taking IMO.
It’s this lack of concern about her friends when they were always there for her that irritated me. Her BF even tells her at one point how she’s tired of hearing Coco despairing, endlessly mulling over why things went wrong. With Niccolo it was a classic example of why she irritated me, she blames the girl, a vague friend of hers who wouldn’t have known Coco was dating him, and wouldn’t have known he wasn’t a free agent unless he told her – but she gets all the blame, gets derided for her weight etc while Niccolo, the bad guy gets off scot free. Bah!

Its classed as a romance but for most of the book its romances gone wrong for Coco, even when she knows from the outset its not going to be more than a couple of weeks while the guy is in town then it’ll be over. I did love her colleagues though, the gloriously, deliciously malicious Valentina ( I think that was her name). I adore characters like her, they add so much to a story, and she was one of the best. I loved her b- itchyness.
Its about then that I began to like Coco more, enjoyed the way she plunged herself into being the best at her job,  but really as a romance read it didn’t work for me. I wanted to know more about Etienne, wanted to know more about the complications in his life, but they were just tantalised, dangled in front of me but really never got explained in any way ;-(

As a romance it was a fail for me but as a fun read it was OK, so I’ve gone between the two. As ever though this is just how I feel, you many well feel differently, I’m sure there will be many readers for whom this book is just perfect, everyone wants something different and romance reads vary widely. Barbara Cartland and Barbara Taylor-Bradford sell millions and yet they leave me cold – its all about personal taste.

Stars: Two and a half to three.