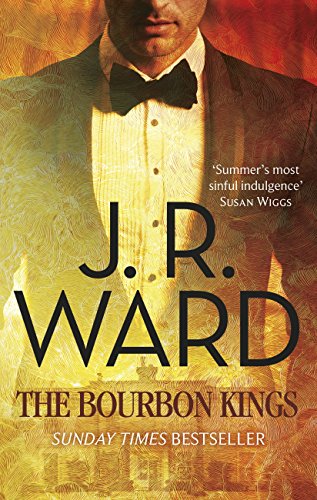 OK, Confession time *blush* I have never read the Black Dagger Brotherhood series….I know, I know,  I love fantasy/paranormal romance, but those names, I simply couldn’t bring myself to go there 😉

Now though, when I’ve seen how J.R.Ward can weave a tale of magic that keeps me gripped to the page I’m going to have to try to overcome my name prejudice!

I loved the sound of this series, it reminded me of Dallas and Dynasty of the 70’s, of those long, intense, escapist  reads written by Joanna Trollope, Jilly Cooper etc. It reminded me of how they covered multiple family members and friends, and really dug out the dirt in people’s lives, that brought together romantically  the most unlikely of characters.

The Bradford family are a strange mix, typical of that type of patriarchal family where appearance is all, where there are all sorts of cover ups going on, back biting and double dealing are normal family practices, infidelity is usual, and the only mantra for anything seems to be “don’t get caught”

I loved Miss Aurora, Lizzie and her German colleague who’s name I’ve forgotten ( maybe there’s something in those other names – at least they don’t get forgotten!!) Tulane, former playboy, married to the awful Chantal – I love characters like hers. Every good series needs a a few b itches IMO, they add such fun and I love to wonder just what awful things are coming out next.

I so felt for Lizzie,she tried so hard to get past her romance with Lane, and yet just setting eyes on him two years later she’s transported back into his sphere, while he tries to persuade her to listen to him.

Then there’s the parents, his mum seems to spent her days in bed, doped up on whatever gets prescribed to get her through, his father, the awful William, Edward, his brother who we hear of but don’t meet until well into the story. He’s been through his own high drama and its left him a different man, bowed and almost broken.  What’s going to happen between him and Sutton, heir to a rival distillery? Anything – or will Shelby intervene?

What about Max, the brother we’ve not yet met? Then there’s Lane’s friends locally and from away. Seems they’ve all got parts to play in this multi layered, constantly moving novel about the Rich and the not so rich, and the life of the Bourbon heirs.

Its full of Americanisms, some of which I could guess from context, but others I had to use the kindle wiki/dictionary function to learn what was meant, or because I was curious. Still, that’s easy to do and its broadening my education 🙂

Its a great fun read – its not Anna Karenina, War and Peace, not Kafka, Dickens or any of the Classics, or prize winning coffee table reads, but a solid, long ( hurrah – when 100 pages is a novel how great to get one this length), drama filled, fantastical novel that keeps the reader guessing just what is going to be revealed next. At the same time we learn that appearances are deceiving and I was rooting for Lizzie and Lane, they were perfect together and I wanted them to have a chance to make it through.

It stops at a good point, lots has come out, lots to continue into further books, but a natural ending place and then – sneaky woman, she included a peak at the next read, which brings in yet more high drama, more problems for Lane and Lizzie to pile onto the things Lane already has to deal with.

Stars: Five, a good, solid read, long when so many so called novels are 100 pages or less, which is filled with larger than life characters, multiple plots,  drama and non stop action. 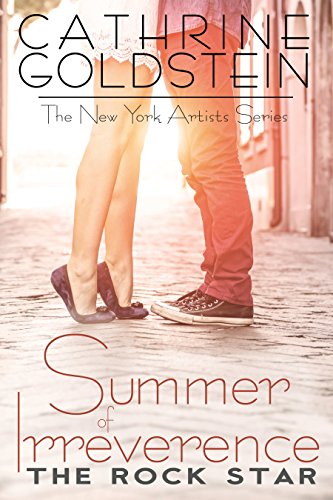 I’m a sucker for the rock star romance trope so requested this. It was a light and fun read but….

I missed the intensity I expect in this trope, the jealousy, the groupies, the drugsnsexnrocknroll media sh it storm that almost always finds its way into this trope, and that make it such a great read for me.
I’ve just finished rereading the wonderful Paige Toon duology Johnny be good/baby be mine and that’s exactly what I look for in this kind of story. Passion, drama, heartbreak – all that stuff.
Here though everyone was just so nice,so kind and helpful.Throw in that the plot just didn’t really cut it for me,  Summer pretending to be a model to attract Malcolm just felt too forced, Malcolm as a top of the tree rock star just donned a hat and glasses to go out unhindered, him spotting Summer in a crowd of thousands that first night, even if she was with someone he knew and in the front row, it all was just too easy,too smooth, too simplistic.
Then also I didn’t see why she kept her career a secret, why she was so afraid to tell him. The stuff Malcolm is hiding behind – well, that was a tough one, and I understood well why he had been quiet about it for so long, but it still was a bit small to be a major drama, though it could have been if more emphasis had been put on it. Winston – he is a star and I loved him 😉 .

They’re just two such sweet, kind, thoughtful people that it all felt a little sickly for me. Its a good read, well written but I did need more friction and angst to rate it higher.
Thats just a personal thing though – we all want different types of stories, and this kind of read resonates and is perfect for many readers.

I can’t close without saying that Name is Awful. I hate twee names and Summer Wynters is horrible – it does provide a bit of extra text when they refer to it and her parents  but I really don’t think it was worth the nausea inducing feelings I got each time I read it 😉
I read another recently where the main lead was Autumn Rayne – no- as with Wynters, putting the Y in doesn’t make it OK.
I’ve never read the much heralded Black dagger brotherhood saga, though I love vampire romances, as I just can’t get past the cringe worthy names, Rhage, Zsadist, Vishous. Each time I think I’ll give them a try I think of those names and just can’t bring myself to read them!

Stars: Three, a bit too sweet for me but perfect for others.