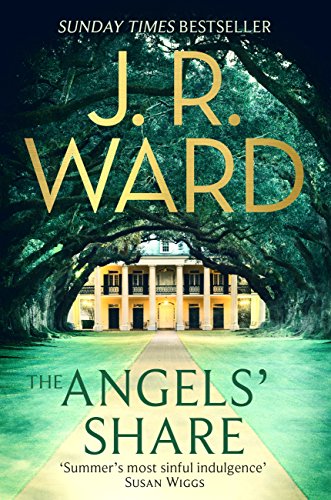 As I said in my review of The Bourbon Kings,I loved the sound of this series, it reminded me of Dallas and Dynasty of the 70’s, of those long, intense, escapist  reads written by Joanna Trollope, Jilly Cooper, Jackie Collins etc.
It reminded me of how they covered multiple family members and friends, and really dug out the dirt in people’s lives, that brought together romantically  the most unlikely of characters.
I’d not read any JR Ward books before – those awful awful names in BDB just put me off, but thankfully here they’re perfect, the unusual and the passed down in the family dynasty, along with more traditional names according to the backgrounds of each character – much better for me 😉

So, I loved book one and its on to part two, with which JRW cruelly taunted readers with at the end of book one, *smirk* just when we thought things were looking up.
The family head, the despicable William is dead. Did he jump or was he pushed? Given the way the business has just been revealed to be massively in debt, due to his machinations it’s assumed he jumped into the river and died that way, but then Lizzy and Greta  find a finger in one of the flowerbeds and..yes, its his! That sets the police up looking for a murderer.
He’s been a bad businessman, has had and discarded many lovers, offended so many people that the list is long, long, long. Its not a close loving family, he cheated multiple times on his wife, didn’t even pretend to be in love anymore, and as for his children, he’s been a terrible parent, not just neglected them but brutal and inconsistent physical chastisement according to his whims, mental and emotional abuse even when they were small children, and its an open secret that he was behind Edward’s kidnapping and torture…not just people outside the family but those in it could be considered for the deed.
Its more of book one, a book featuring mainly Lane and this time he’s got his lovely Lizzie behind him, he’s divorcing Chantal, and he’s trying hard to keep the family home and business afloat. Its tough though, each time he thinks he’s got to grips with one issue two more pop up.
Lane’s really grown up, taken charge, found his place in life within just the short period these books cover. Its as if now he and Lizzie are finally and inevitably together he’s got more reason to succeed, more confidence in himself, and more belief in his siblings and how they need to stay together in some way.

Edward is featured a lot more in this book than book one, and I can see many people assumed this was going to be a book about his finding love, the “I thought this was Edward’s book” comments. There are series/trilogies like that, where each book features a romance about one person but this isn’t that kind of story, and I can’t find anywhere where its suggested it was, so I think criticising it for that not being the case is unfair. You can’t blame the author for not writing what you assumed she would be, when she hasn’t indicated that’s the case…

Its a romance in that it still features Lane and Lizzie finding their way forward together, that Edward still is in love with Sutton and she with him, but both seem to not realise how the other feels, or maybe just don’t feel in the position to do anything about it. Edward seems to be starting a very friendly companionship with Shelby too,  so I was wondering what would happen, would he find love, would he be with Sutton with all her graciousness, an heiress with similar family background, or Shelby, daughter of one of his former employees who now works for him, or maybe someone else we’ve not yet met? Shelby is a total opposite to Sutton, very much the other end of the social scale but they are both warm, caring and genuine people and its hard to see which one would be best for him. I’ve a hankering for Sutton but Shelby is very good at the practicalities, of making Edward forget his pain and disability, letting him be himself and not have to put on the face he shows to everyone else..
Then there’s Miss Aurora, the lady the children regard as mother more than their birth parent, and who Lane adores. She’s dying, but still working hard looking after the house, cooking up a storm and dispensing sound advice along with the food. She’s wonderful.
There’s Gin and her daughter Amelia, though they are still minor characters. I don’t really understand why she isn’t with Amelia’s father, the man she loves and who seems to love her, though like Edward and Sutton they don’t ever acknowledge it.
Samuel T is the guy, he’s Lane’s very good friend and someone they’ve known since childhood. He doesn’t know he’s Amelia’s father, no-one does ( though I guess Miss Aurora does, nothing gets past her..) and you just know when that comes out there’s going to be explosions all round.
Gin appears very materialistic and she’s marrying a horrible man, they don’t love each other, don’t even like each other, but she wants the money and he needs her heritage to give him social position. Awful isn’t it – but that’s they way it often works. It’ll be a disaster, we can see that even before the wedding.
Who else – Oh, the elusive Maxwell turns up towards the end, and he’s a real mystery and one I look forward to seeing unravelled.
Alongside all this there’s the local police, some of Lane’s friends who are helping him sort out the finances, the others that work in the house and businesses – its a huge cast and it would be useful to have a short rundown of who fits where as Jilly Cooper used to do in her bonkbusters! Its manageable without, but would be a handy quick reference when we meet someone and think “ who are they? How/where do they fit in?”

Like I said its in the Dynasty/Dallas/Jilly Cooper seventies book mould, where its got a huge cast of characters, where there’s so much going on its crisis after crisis, and angst and drama all the way. I would have liked to see more of Chantal – she’s an awful b itch and I do love seeing them in stories 😉 Maybe in the next book? Its clear in this one she’s still on the scene, and the divorce will be a fractious, acrimonious thing.
Don’t go into this thinking is a romance only though, its not like one of those we read so often, book 1 is A+B, book 2 is C+D, its not that sort of read, but one filled with fire and fury, mysteries to be unravelled, OTT finances, WASP characters, huge social events where they dress up to the nines, appear at them because they must and not because they want to, wear heirloom family jewels worth a kings ransom, where there are characters in love with one person but dating/sleeping or just eff ing others, as Samuel T seems to do constantly.
Its a real Family Saga, and though this book is intense and covers so much ground astonishingly its only cover the few days after William’s death!
Its a long read again, hurrah, I hate “books” that are sometimes just 30-40 pages long when I look them up after getting intrigued by description. Good stories need time to reveal all the details, to let us explore the plots fully, be led down roads that are misleading, to judge people as one type and then find they are another. Its another fabulous escapist OTT read and I look forward to book three.

Stars: Five, a fabulous novel in the mould of the wonderful seventies epic family sagas. One to read to escape from the world for a few hours.