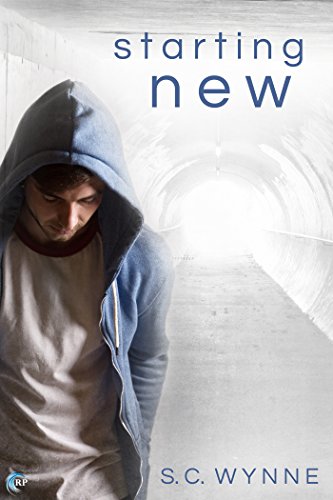 Well, I liked the sound of this and it was a good read but…a few things detracted from it for me It felt a little superficial;. where plotlines opened up but never explored in any depth.

I liked both Francis and Randy, though did feel he and his parents were just that little bit too good to be true – maybe I’m just too much a cynic. I did like their reactions about Randy, that felt very real and helped with the up-to-now Pollyanna feel of them to me.
There’s a bit with Francis and Baxter that felt very much like part of the Riptide published Market Garden series – where Rolex is with Tristan and Jason ( could have got the names wrong there …) and the issues and punters reactions very similar. It felt real with Rolex, maybe because readers knew him a little better, whereas I didn’t feel Baxter would have reacted like that? Maybe he would, but I just didn’t get the sense he was that sort of guy.

I really felt for Francis, his background made that kind of lifestyle almost inevitable, its a sad trap to get caught in and I feel for anyone who’s trapped that way. I was so glad when Randy and his parents found him, and I did understand Francis scepticism about them and their intentions.

Like I said it was a good read, just not a great one for me. I just didn’t really feel I knew the characters very well, was a bit concerned about the reality of things, about the way Randy was so adamant early on about his feelings. Francis is old beyond his years, had to grow up too fast and  I can see him as the person described really well, but Randy has been loved and supported all his life, I wasn’t convinced he’d be so ready to risk all, to go as all in. However, that’s me, its still a fun read and very thought provoking at times.

Stars: Three, a good read but a little surface based feeling for me