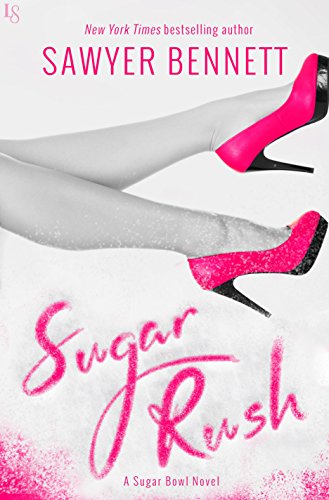 I loved the first book – except that damn cliff-hanger though. That’s a personal bugbear, though one shared by many readers…Now in book two we’ve another sex laden story, full of drama and secrets that ends in – yes you’ve guessed it – another cliff-hanger 😦

Things seem to be going well now for Sela and Beck, after the misunderstandings and dramas of the end of the last book are sorted. They get closer, Sela tells him exactly what happened, and he tells her some family secrets too – which all have major repercussions in this story.
Beck wants revenge on JT for Sela, he isn’t happy with him over the recent past anyway, seeing some of the things he’s been doing, and now with Sela’s revelations he sees them in a different light. He is distraught, determined to get justice for Sela one way or another, and it brings him into some murky waters…

The secrets that come out play a huge part in moving the story forward, and some of it came as a real surprise to me, though once revealed of course it made sense. Beck needs to decide just how far he’ll take his pledge for justice, how he and JT can continue as business partners when his actions are threatening the Sugar Bowl.  Beck finds it hard to even look at JT now he knows the truth about him, but he needs to play a good game though if he wants things to work out, there’s so much riding on the outcome.

Its another great instalment, not quite as riveting as the first book, and Sela’s actions just at the end had me gobsmacked. For an intelligent lady she does something that’s just plain stupid, and TBH that didn’t really fit for me. I think Sawyer could have found a more believable way of getting to that part of the story without making Sela choose such a stupid, foolhardy course of action. That brought the story down for me, lacked credibility 😦

Its still a great read of course, with Sawyer’s trademark sensual and seductive sex, wrapped up in plots that twist and turn revealing things that then lead on to more questions.
I do want the last part now though – I really struggle with the whole trilogy and cliff-hanger novels issue, I want to read all of the story all at once, not months apart. Still, that’s clearly the market so….

Stars: Four, a good story but Sela’s action at the end….