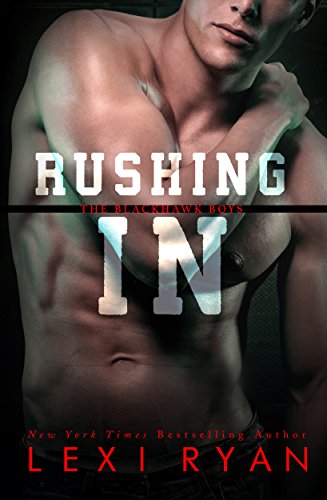 I’ve enjoyed a few of Lexi’s novels now and though I hadn’t read book one this is one of those series where each book is a stand alone, just having a connection by way of the characters and place to the others.

Poor Grace, what a horrific few teen years she’s had, I was so sad for her. Kids can be cruel and to be 13 with a bad stutter and big boobs – well, of course she took the way where she thought people liked her. Its not till later she finds how she’s being used and the consequences are still chasing her years later.
Her dad is overprotective to the extreme, I get he wants to protect her but c’mon she’s 20 now!! It does seem to me as a UK reader though that US teens/early twenties are far slower to be independent. I can’t imagine either myself back then, my own kids, or any of the teens I know now sticking to being told what to do and where she can live at that age….

So Grace does as she’s told, and to be honest its a respite away from the bit -chiness of living in her home town. She’s learning you can’t outrun your past, it comes with you, and though she’s spent years away the locals still think of her as easy gee gee 😦
She’s agreed to spend the summer with her new stepbrother, who she’s not yet met. Then when they do – wow, she finds out he’s the guy she had a “moment” with at her friends house the previous day….She doesn’t want him to know her as easy gee gee, she’s tried hard to leave that girl in the past but as the summer goes on and they finally give on to their feelings that past comes rushing back.
I liked Chris, he’s a good lad, very focussed on his career, and so far done everything to keep that running smoothly, and then he meets Grace and is head over heels in lust, and later love. Can her secrets pull them apart when they come out though? Will his past come up to bite them? Can they make it through or are they doomed to fail because of all the secrets? Its interesting when she brings up the “if a boy/man did that would he still be regarded as a slut or patted on the back” line, its something that so often irritates me. A boy is just “being a lad/sowing his oats/enjoying his freedom” whereas a girl doing the same thing gets the slut/easy/tart etc. label – grrr…

Its a fun read, though I felt I was reading about 14-16 year olds rather than young adults, but maybe as I said its that US/UK divide thing that I’ve noticed before.

I didn’t feel really pulled in to the story, didn’t really feel the issues were huge, more storm in teacup thing mainly. I felt for them both at the end where there seemed to be one thing after another heaped on them, but it all felt a little light ands superficial in a way, not the way I usually feel when reading one of Lexi’s stories.
As serious as the issues were that Chris was facing it just didn’t feel real enough to actually matter, I knew somehow there would be a way out, after all the HEA is why many of us love these stories. Usually the fun is in guessing how the author will do iot but here I just couldn’t really set my mind to working it out.  One of those where I enjoyed it but not enough to reread, and I know in a couple of days I’ll have forgotten about them.

Stars: Three, maybe a four? Its a good story but just felt not really deep enough for me.