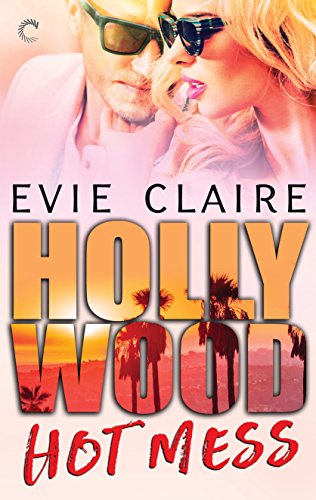 I’m a real sucker for the film/rock star romance trope so when I saw total train wreck I clicked request, got it, opened it and started, and was totally lost. Then, and only then, I realised it was book two and I needed to request this one, which somehow I’d missed. Jeannie Fail yet again 😉

Anyway, there’s so many books in this trope that its hard to pick a winner, there’s an awful lot of ( in my opinion) mundane dross among them so I tend to be a bit cautious usually.
In the beginning I was convinced this would be a fail for me, as I really didn’t like Carly, she came over as a young, selfish, shallow, and angry b itch woman. Add in that on first meeting Devon she dismisses him as an old guy aannd I didn’t think much of him either, so it looked like a disaster read for me. But as I’d already got book two I plugged on feeling guilty for stupidly asking for it without checking thoroughly. This was all in the first 10% or so, so very early days and despite not liking the leads, usually a total book fail for me when that happens I quickly became hooked on the story.

As it went on I warmed to Carly and Devon, there were still things I didn’t like about both of them, but i began to see past the surface, to understand them a bit better.
Devon quickly became more likeable, he’s not so much a bad man as merely a kind of shallow one, superficial and not really letting emotions affect his relationships. I learned quickly that he’d reasons for that, though I was dying to know just what he was hiding.
Carly too had reasons for her behaviour and secrets I wanted to know – I’m always keen to know more when I sniff out hidden issues… Even by the end of book two I can’t say I loved them both but I did love their chaotic, roller coaster romance.

Like so many Celebrities the life they really lead is far from the one publicised, and poor Carly, awful childhood, pushy, grasping parents – she hit the bottom with her upbringing. She’s been working since she was a year old, and her parents were greedy and used her work and earnings to fuel their own lifestyles. She’s free of them now, and the drugs that were her way of coping with it all. She’s still only 19, almost 20 and yet with the things we know and things she hasn’t revealed but that are clearly affecting her behaviour, she sometimes seems twice that age. Its not long before she sees Devon as more than just the silver haired, old guy she thought he was, he’s actually only 34, and he too isn’t the person he’s fronted to be. Media have him as half of HeaVon, along with another star, Heather (someone..) but that’s all another media front, a very well kept secret and he’s got his reasons for wanting it that way.
The attraction between them though is palpable, searing and addictive. How can they be together though when there’s so much riding on the film for Carly, so much invested in the HeaVon format for Devon, that they risk losing all if they’re together. Its tough, but somehow they find a way.

Its a cracking read, a great debut and full of intense plots and dramatic characters. I love Heather, she features more in the second book but she’s a wonderful b itch type and I just love them in a story.
I surprised myself in how much I liked this book, when to begin I really couldn’t feel for, empathise with the two main leads. For me that’s usually essential, but as we learned more about them, about their problems and see them making attempts to change I began to like them – a little, not a lot – but that’s enough.

It ends on a huge cliff-hanger, Gah!! Lucky I’ve the second book already and looking at release dates they’re only a week apart – Sept 12 and 19 this year so that’s good. What I really hate is cliff-hangers when the next book is months, years away even and then I’ve forgotten much of the story when I finally get to it.

Its not a cantputdown read for me, but one that could have been that way if it was a little different.
There were issues such as their personalities, and a couple of plot themes that seemed not quite right, but overall was a great read.  Certainly with the way she can spin drama Evie is an author I’ll be looking out for.
Stars: Five, a great debut, full of drama and emotion.