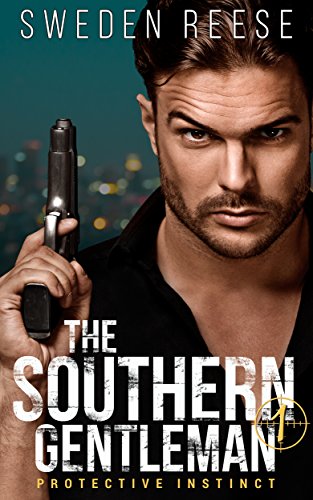 So, a debut duet. Interesting. I hate waiting for second and subsequent parts of a story to be released, hate stopping part the way through then trying to pick up the threads and drama again months later so a huge Hurrah for the fact that parts one and two are being released simultaneously.
Part one is just 99p  ( pre released price) with part two being just over £3. I was surprised at how short the first part was, just 162 pages, but at least for 99p you can see if you like Sweden’s writing style and the way the story goes before splurging on the rest of the book. part two is 280 pages ( info from Goodreads).
It’s an interesting way of how to get round that dichotomy of readers wanting to try new authors but having limited funds. Often in that situation authors make first books in series/duos, trilogies free and either way at least ensures readers don’t feel aggrieved if they don’t like the story. Its hard selling books when there are so many out at very low cost I guess. Ebooks mean readers can get some great books at very little cost, but the many there make it hard to find good ones and the dross, and hard for good authors to get seen too, and yet without it there’s so many stories that would never get published if they relied on the traditional print format and publishing houses.

So, back to the book, its a fun read, spicy at times though not til very close to the end does anything actually happen. That fits though, it wouldn’t be believable f it happened earlier. The beginning is really setting the scene so when the action happens it feels genuine.
I like Lola, found it hard to believe she was 23, she seemed so much younger, so naive, but maybe that’s her sheltered upbringing.
I like the way Sweden has Lola questioning Nolan about his Dom world, about how he can feel that way given that we’re in a modern era, makes him explain what seems like a dated and antiquated way of regarding women.
I understood her quandary, in some ways Feminism has brought about such a revolution that women who just want to be in the 50’s kind of traditional mould, let someone else make decisions, take control, are regarded as letting things down for women, a doormat, almost second class, and yet surely sexual freedom means doing whatever you want, being whoever you want regardless of what others think. Some people are happiest that way, and if they match up with someone who wants to take the primary role, make the decisions and it works why does anyone think that’s wrong? Regardless of whether its a f/m, m/m or f/f combo…Jeannie’s liberalist rant over again * shrug *

I really enjoyed this story, enough politics to make it interesting, but not so much that I  was bored. US politics is a bit of a mystery to me as a UK reader so focussing on the personnel not the politics worked well for me.
Nolan is a great lead, and I’m keen t know more, about his background, his family, his ex, I get the feeling she’s not going to be happy about developments!
Then there’s Lola’s position, with mum running for President ultimately, she needs to be the squeaky clean daughter she’s always been portrayed. She’s not really close to her parents, they’ve always put their careers first, and now she’s 23 she’s finally having a rebellion- at the very worst time.
Something happened recently that made her question their roles, her beliefs, her position in always following their lead, even down to her career choices, and she wants to maybe make some changes. Its means she’s ripe for plucking and her mum’s opposition are up to some dirty tricks putting her into danger.

It’ll be interesting to see if her and Nolan do get together, how they can deal with her parents, how they’ll need to hide things for the sake of politics. How that will affect Nolan and his family and job.
A really interesting debut novel, and a great start.
I’ve got part two as an arc on my kindle and tonight I’m going to be carrying on with the story, having everything fresh from reading part one yesterday.

Stars: five, an excellent first book, and a great idea having parts one and two release simultaneously

. ARC supplied by Netgalley and publisher