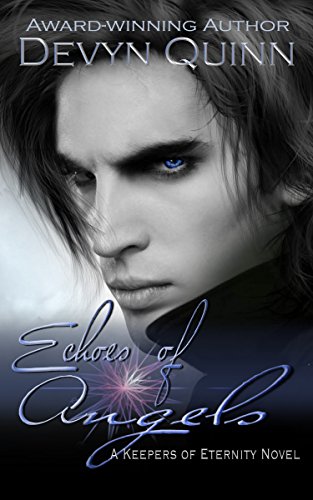 I thought this sounded intriguing, something a bit different and having read the sample on amazon I was keen to read the book. Sadly though for me it just didn’t really make it. I wouldn’t class it as a romance, there’s some sex but that’s it, no real connection between Morgan and Julienne it.

Julienne seemed to gain her confidence very quickly for someone who’d returned home from such a dreadful situation, and I really thought that she was rude to Morgan. Yes he’s pretty obnoxious, but it would have been easier to be polite to her grandmother and just avoid him.
The scene where she was frankly just a voyeur seemed to have been added for titillation and didn’t add to the story.
In fact the whole story for me didn’t really go anywhere. Morgan’s non human status was dangled in front of the reader continuously, but we never get to know exactly what he is, and what’s really going on. He was frankly a horrible man, and I couldn’t believe Julienne’s actions when she knew how he was, saw first hand what he was like to Ashleigh….I was so disappointed in his character, he sounded so enigmatic and promising to begin. I didn’t feel any real heat or connection between him and Julienne, and really missed that.

I just felt from a promising start it seemed to go no-where which was a shame because that start was so intriguing, held so much promise. Its that potential that has me rating this a two and a half and not a two.
I did read right through to see if somewhere I would get sucked in to the story, but it was hard work.  I was really hoping these potential plot lines would develop but …nothing that really resonated with me, nothing seemed to actually happen and nothing that made sense, made me feel I must read book two.
There’s a kind of cliff-hanger at the end, something happens but I can’t believe its going to be left as it seems.
Still, looking at reviews it perfect as it is for many readers so its another example of that “not all books suit all readers” and what didn’t work for me could be the hook that you need to enjoy this.

Stars: two and a half, lots of potential but didn’t reach it for me. .