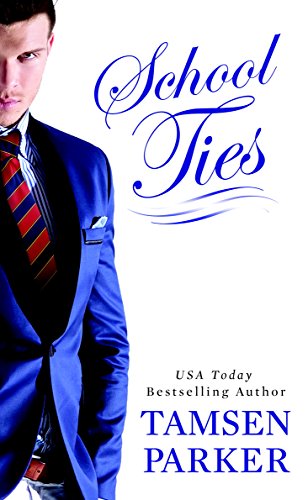 I loved Tamsen’s Compass series, once I really got to know the characters. This time its less intense BDSM and more forbidden romance. Well – forbidden as far as teacher/student goes.
It must be a difficult scenario when teachers are only a few years older than those they are teaching, and if they met in a club, pub, via friends or something it would be fine, but put in the teacher/student bias and its not. Its a far cry having people with just four years between them as Erin and Shep do, to a teacher that’s in thirties or forties carefully grooming a 12 or 13 year old.

So Erin’s back at her beloved aunt and uncle’s school, as a teacher. Its where she feels at home, where she’s wanted to be all along and its her dream job. First day of teaching a student catches her eye – and its Shep.
He’s seems to be attracted to her too, but its a road they can’t travel and both determinedly avoid it though we can still feel that tension between them, can see in Shep’s art how he feels about Erin.
There are a few incidences that show just how strong they feel about each other, nothing actually happens but the intensity of what goes on when they meet in innocent situations is there.

Fast forward 4 years – things have changed for both of them. Erin’s been married and divorced, and her husband’s attitude has sapped much of the confidence she had, made her feel she wasn’t good enough.
Shep comes back to the school, as a teacher and they begin a tentative relationship, but they struggle with some things, Erin’s worry over being good enough, her ex cheated on her and though she didn’t love him it still hurt, and Shep’s home situation, that wasn’t good and he wants to give his younger brother the chance at Hawthorn that he had.

I loved Shep and Erin, but the story was a little – meh…seemed to drag a bit, long periods of nothing really happening. I guess after the drama and intensity of Compass I was expecting ore of the same and it isn’t.
Still, that’s down to me and false expectations, this is marketed as simple romance. Maybe it was the air of forbidden romance along with the earlier books that made me expect a story that would be deep, where there were real dangers if their romance was discovered, but in fact for the first half or there about they don’t do more than exchange a few looks, think about how the other is feeling, have occasional innocuous conversations and it just felt a little slow for me.
Its a well written story, great characters but I just felt there wasn’t really much going on.

Stars: Three, a good read, just not a great one for me.