Into the Light, Book 3 in The Rocky Creek series, Kathryn Ascher

Into the Light, Book 3 in The Rocky Creek series,  Kathryn Ascher 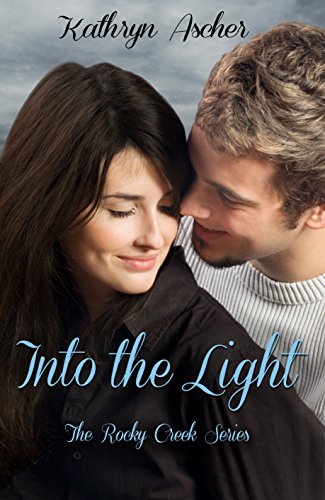 Kathryn is a new-to-me author but I adore band romances and this sounded fun so I wanted to read it.
Its not one that set me alight though 😦 its a good story, well written and with potential elements of drama but it just didn’t make for anything more than a one of fun read.

There were strange oddities, the characters didn’t seem to actually like each other despite being friends for so long, and successful. I didn’t see how a money manager with no band experience could just get dropped in and pick up the issues so easily. The way they ran the tours and selling was just chaotic, no one to sell stuff, no real accountability for stock, money kept in a cash box – eek! Even my tiny market stall was run more professionally that that!
They travelled in a couple of vans too, where I’d assumed they were successful enough they’d have had a tour bus as they were signed to a recording company. Maybe its me, and I’ve only read about the more successful bands.
I did like the band members apart from the appallingly childish Sebastian, but that wasn’t really an issue, there were things that explained that and I do expect a bit of that behaviour in some rock stars – its just there seem to be a dichotomy between their expectations, their success as a band, and the money side of things, the practicalities of a tour.
The band finances are just weird, spending 1000 dollars a night on food and drink between them with a $400 a night motel allowance (each I think) when Kerrigan starts, gets knocked down at one point to – if I remember correctly – 30 dollars. I don’t know about US but you couldn’t even get a B&B here in UK for that money.
Then there’s this 50K issue – for a good band as they are surely that should be simple? I’d have though 500K more realistic.

These things don’t really affect the story except for the fact that they bring in an edge of unreality, and for me I need everything to feel real. I need the characters, plots and the details to add up and this just didn’t.Its a personal thing and something that perhaps won’t bother many readers, we all have differing views.
There was such great potential here but for whatever reason it just didn’t really hold my attention fully. I read it, enjoyed it but didn’t have that sense of can’tstopnow, mustkeepreadingonemorepage….

I hadn’t read the earlier books, maybe if I had the characters and story might have felt more real, I don’t know. I just assumed as it was a standalone I’d be OK but maybe that extra knowledge would have made a difference?

Stars: Three, a decent story but with issues that spoiled it for me.