Christmas Under a Starlit Sky (A Town Called Christmas Book 2)

Christmas Under a Starlit Sky (A Town Called Christmas Book 2) 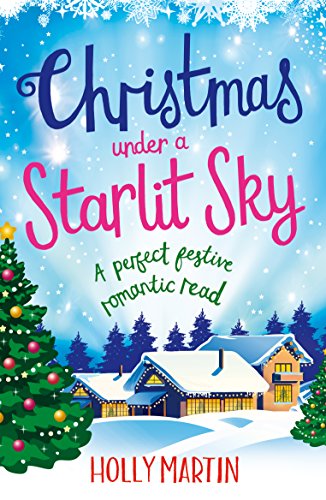 Though this is book two, each is a stand alone story so if like me you haven’t read Cranberry it doesn’t matter, you can still enjoy this read. The series is connected via the town of Christmas and its inhabitants.
I love Holly’s books, ( just wrote Live there instead of Love and both are apt, I do get so into these stories that I live them) I’ve enjoyed several of them now and this was another gem. 100 Proposals is still my all time favourite but this had some real emotional moments and came close.

Neve is lovely, working with her family, she’s got lots of friends and if she’s not doing the job that was her dream, after her ex put paid to that – well, she still loves and gets satisfaction from what she’s doing.
She’s trying hard to cover how broken hearted she is. Over the summer while she was working at the London hotel she fell in love with Oakley, an actor a little younger whose just found his career soaring. she feels she’s in the wrong position for him, too far away, not up to the Hollywood standard, just not good enough and she broke things off with him when he had to return to the US for filming.
Oakley was shocked, devastated at the break but couldn’t do anything, he had to return to Hollywood, but now its Xmas break and he’s chasing her out, determined to make her see that she’s It  for him.
I adored him, so wonderfully in love and determined to win over Neve, cast aside all her fears.
When That line comes up though he’s thrown, and his reaction is bad. Put yourself in his shoes though and I could understand why, and of course fence sitting I could feel for Neve and why she did what she did. I know – very mysterious but without giving things away its hard to write what I want to say. I understood both reactions, empathised with them even though they are totally opposite.

Its not just Neve and Oakley here though, but Piper and Gabe from Cranberry, Adam and Ivy and a host of supporting cast.
Its a great read, satisfying, light enough to relax with but with enough depth and emotion to really get lost in the story. Perfect holiday reading and Cranberry is going on my TBR pile so I can get the earlier story too…

Stars: Four and a half, a lovely satisfying read.