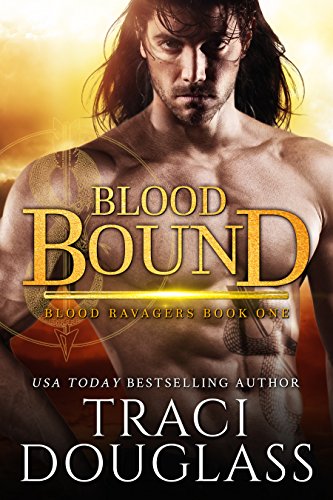 I haven’t read any of Traci’s novels before so didn’t know what to expect.
Its a good read, a decent story, but feels too lightweight for me.
Its really based around lots of hot sex between Dante and Anna, with a bit of supernatural suspense thrown in.
It didn’t feel “real” enough for me to rate higher, I know there’s a massive market for romance reads just like this and I’m sure it’ll do well, but for me I need something with a bit more substance to the story.

Anna, searching for her sister, ends up at a Demon gang base. There’s all sorts of illegal things going on there as you’d expect, and Anna ends up central to all the dangers. Sounded a good start but I found it hard to believe a quiet, submissive teacher with just four days to find her sister, would let things ride as she did.
Granted Dante is sex-on-a-stick, but she falls into his arms, and bed without a backward glance to poor Liz. Sister – what sister? Oh yes, well just let me get a few more orgasms in first. Well, that’s how it felt to me 😉
I couldn’t believe that having got to where she knows Liz has been, to where people have seen her, she kind of sat back and threw herself into hot sex, rather than seek her out. Then when she should be sitting back and waiting she decides to intervene *roll eyes*
I’m not a fan of the “new powers” stuff either, where new talents and ones we just don’t otherwise know about come into play just in time to save the day….
Its me, not the book, its a story type that dominates the best sellers, and I’m sure will do well and be perfect for many readers – I’m just not one of them though.

Stars: two and a half – I liked the idea, but it didn’t work out for me. Its one that will appeal to many readers though judging by the top ones in bestsellers. If you like those, you’ll probably like this.