Be My Baby, The House on Camden Square Book Three, A. L. Michael

Be My Baby, The House on Camden Square Book Three,  A. L. Michael 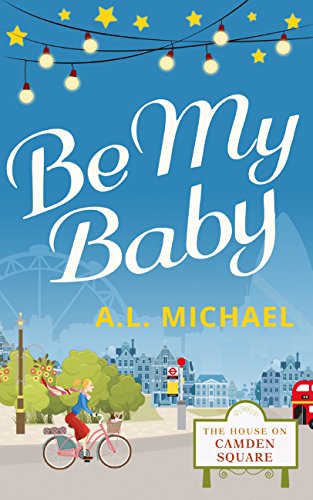 I hadn’t read the first two books, but this is one of those connected but each is a stand alone book, series so I didn’t think that would be an issue. I did find maybe I’d have got some of the more subtle references better and understood the backstory if I had, but there was plenty of explanation given so that I wasn’t lost wondering who, why, what, when.

The characters were all very real, with the gold star going to the wonderful Esme, she’s a terrific kid and I loved her.
I was so angry at the awful headmistress, and suspect scenes like the ones here happen all too often. In fact my eldest granddaughter got into exactly that position at primary school one time – we knew she wouldn’t have acted as she was reported to have done, and when the full story came out it was exactly the experience Esme had, bullying and a fight started by other kids. 😦 Poor kids!
Mollie – I admired her, she’s worked hard, is devoted to Esme and being the best mum for her that she can, and very loyal to her friends but when it came to Jamie I wanted to shake her….she was so determined to keep him at arms length, even when she was inviting him into their circle, and Esme’s life. I did see why that was but gah – its frustrating.
Jamie was just wonderful and when the whole story came out I so felt for all three of them, Mollie left to bring up Esme alone, thinking he didn’t want to be involved, Esme being kept without a dad, and Jamie, well he’d lost eleven years with her that he couldn’t get back.
I didn’t know much of Ruby, only their memories and the flashback parts, and I think to have really understood what she did and her involvement I needed to read earlier books. I was left feeling pretty angry and disliking her and I don’t think that was probably fair to her.

Parts of the story are told in little flashbacks, showing us how what happened there affected how the characters reacted now, and letting me see the events as they happened and all the plans made.
Sometimes I get irritated at stories that veer from past to present, but here it was done perfectly, just snippets of the past and not whole chapters as in a book I recently read. That one so annoyed me I ended up reading most of it out of order, but when its done cleverly, as it is here, it lets the story flow naturally, and seeing events as they happen is far better than just hearing someone’s thoughts about them. I got the sense I was there with the characters.

I think the only issue I has was Mollie’s stubbornness, her determination to protect herself, to keep Jamie in the “friend” zone. She felt to just be making excuses and to be so pessimistic that she seemed a different person to the Mollie I thought I knew.
At one point she made me so angry with her actions, and they just didn’t feel right and that kind of irritated me, it felt out of character.

Stars: Four, a really good read and at some point books one and two need reading 🙂