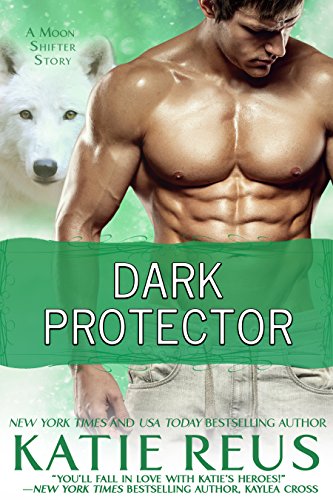 I’ve enjoyed a few of Katie’s novels but not read any of the Moon shifter ones.
The blurb says each are stand alone and its not necessary to have read earlier ones and after reading this I’d agree, but as with all series you will understand the characters better if you’ve read previous books.
There were individual characteristics and subtle nuances here that I didn’t always understand, but clearly were things that had happened or were affected by events from other books. If I’d read those I might have grasped things sooner but it was still easy to follow the story and people in it.
Its quite a short read, 2682 kindle locations though Goodreads has it down as 275 eBook pages? I’d have put it closer to 150-170.

I loved Natalia, she’s a strong lady, and knows her own worth. Having given in to the attraction  with Aldric, then been left without a word all these months she’s not letting it happen again. Oh No, he had his chance, that boat has sailed….
Except when she sees him, when he’s there in front of her rather than an abstract thought, its much harder to stick to her principles. The boat has sprung a leak and is turning back!
Yes she knows she deserved better, yes he should have made an attempt to at least talk to her, but…maybe he had reasons, maybe its to do with his loss of his mate all those years ago.
Will she be second place though? Will she let him back? She’s conflicted all over again about her feelings, and I love that she doesn’t just roll over and give in to him, that she puts her own worth first. Who wants to play second fiddle, be treated as someone who can be dropped at any time? Not me, and not Natalia.

Aldric, he knows he c ocked up, knows he was out of line.
He was shocked by the strength of his feelings, and scared that he’d fail her as he thinks he failed his mate all those years ago. If he just stays away….and then they’re both brought right back into each others orbit once more.
No time for talking, no time for lust though, there’s a missing vampire to find, to save the current peace talks between vampires and shifters, something most of them want, tired of the same old pointless blood shed.

I enjoyed the way the mystery played out, didn’t guess who was responsible til very close to the reveal, and liked the way Katie explained the processes by which the team came to find out who, where and why.
I hate a reveal that leaves questions unanswered, makes me think “ but why did x do that? How did y know where they were/who they were/how they did z”
I like answers, ones that feel real, feel as if the events could have happened that way if the situation was possible.

Its a fun read, not too dark, not too confusing, and easy suspense mystery with some scorching steam finally from Aldric and Natalia.

Stars: Four, a fun light read that can be enjoyed as part of the series or as a one off read alone.

To the Edge, Anna del Mar

To the Edge,  Anna del Mar 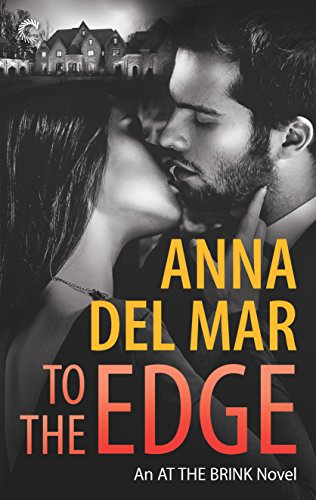 I really wanted to like this story, it sounded fun and spicy but…I was kind of underwhelmed by it.

I wasn’t really taken with the characters I guess, Clara still under mummy’s thumb at the age of 30 (ish, I can’t quite remember) and it seemed to me to be improbable.
I kept wanting to say to Clara, stand up for yourself woman, stop being such a doormat!
She talented, intelligent, does a great job of running the foundation, so to see her knuckling under each time her mu said jump just felt wrong. Acting like that as a teen – yes, at her age? Nope.
Her mum was a pretty dislikeable character too, so her actions at the end didn’t really feel right.

Noah, I liked him, understood his issues, but wonder if he could really do all that he did from home?
I don’t know, technology like that is way beyond my mind-set, but it felt a little too convenient at times. Here’s the issue, ah Noah’s got a handy bug/Trojan/bit of code that can sort it.

With the blog and article, Noah’s job and connections, the politics her Senator mother is involved with, the foundation, the sleazy donor; by the time it all wrapped up it felt almost incestuous!
Complications put in the story that needed some serious suspension of belief for the solutions I felt. Sometimes Less is More and I would have enjoyed better this if it was less complex and more realistic.
As ever though that’s just my take, others will feel very differently – you have to make your own choice, if you like the novels I do then you may feel as me about this one.

The sex scenes were potentially hot and sensual,  but as the story wasn’t working for me they didn’t do anything.
For me the sex and the story need to go hand ion hand, with the story taking lead point, not trailing behind the sex as I felt it did here.
Its perfect for many readers of course, we all enjoy different types of novel but for me this was a fail.
.
Stars: two. Just didn’t connect well with me.