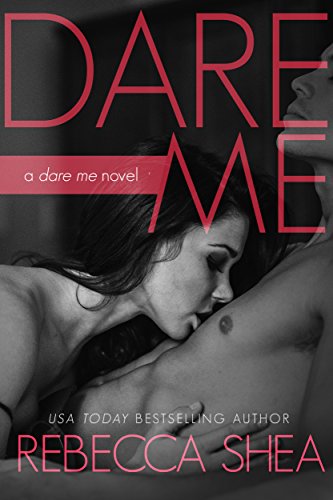 Well, *sigh* I really wanted to like this, it sounded a fun read but…it wasn’t a bad book, there were a few irritations, but it was mostly a non event for me. Very predictable with the big twist being something I’d guessed from very early on.

There were a couple of potential major events that were brought up – the invitation to a gala from a customer for example – but they fizzled out into nothing. Storm in a teacup stuff.
Other than that it was just Saige asks him out on a dare from colleagues, he says yes and they’re headlong into an intense relationship.

Its one of those “it’s me not the book” reads, as I can see others loved it, but for me a story needs more depth. The characters need to feel real, and these didn’t, they felt like stereotypes, clichés, the plots need to have drama, to move forward, not be just work, home, sex, work, home, sex, with a little moaning and nightmares about Saige’s past thrown in.
Then all those accusations that she throws around at the end, she felt like a petulant child, and Holt was too ready to take the blame for something that wasn’t his fault. Grow up girl, you don’t have a monopoly on bad things in life.

Well, that’s how they feel to me, but of course for others they are perfect, and its a five star read. Horses for courses.

Stars: Two, just not my type of read sadly.