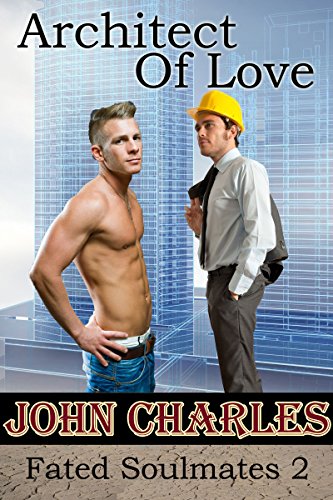 Well, I don’t often read novellas, as I find they just don’t go into enough depth to let me really get a feel for the characters and story.
A few authors can do it and I’ve mostly found them in the M/M romance genre ? Dunno why..there’s no reason why these should be any different than general romance .

Anyway I’d read John’s free book, ( links on his website) so I knew I liked his style of writing and agreed to review this one.
I really enjoyed it even though its short – 1420 kindle locations, that usually works out at about 120-130 ish pages.  Its got characters I felt I could know, that felt real, from Lance and Forrest to Lance’s mum and his friend Dale, Forrest’s friend Rachelle and his employees, who treated him as a friend as much as a boss. I need to feel characters and situations could be real to enjoy a story.

The plot too was realistic, with Lance being a furniture restorer and helping his mum in her estate sale business, and Forrest having worked his way up from nothing, to a very respected and well known architect with his own firm.

I understood in a way how Lance felt, its hard when you see such material differences between you and the person you love, and yet as Forrest tried to convince him that didn’t matter, it was only a part of him, he’s come from the same background as Lance and they had so many other things in common.
I really felt the emotion in them both and poor Forrest – what could he do? He shouldn’t change because Lance couldn’t deal, that would have made him resentful and yet how else could he repair things?
Alongside that there’s issues with Forrest’s work, with the firm growing rapidly, winning new contracts outside their current experience, and feeling a backlash as a result of one close to home. A real tough time for Forrest.
I did feel angry at Lance for his pig-headedness, but we feel as we do inside, logic doesn’t always come into it. I wasn’t so happy about the Dale issue….but that’s me 🙂 and it did provide that extra barrier to get past.

Its a fun read, a good story, realistic with characters I could get behind, and a sensible mix of story v sex.
Too often novellas focus on sex and the story is just backup, and that’s what many readers want – but for me it needs to be as this one is, story first and sex second.