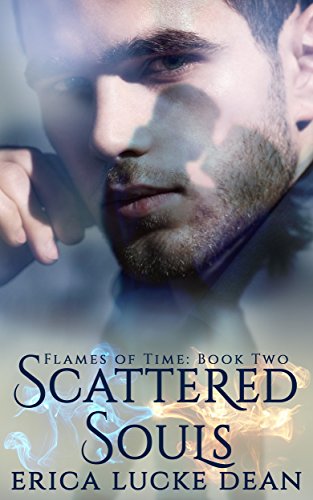 Genre:  YA romance, paranormal and fantasy,

This book picks up straight after the end of book one, where Laith has swept Ava back to the 1920’s, and Maddox is franticly trying to track them down.

As with book one there’s a YA feel to this story, which comes through in the decisions Ava makes.
Where we saw more of Maddox in book one this time we learn more of Laith and get to know him better. We do see Maddox too, and TBH what I see I really don’t like.
I was surprised that Abercrombie only got a passing glance in this book, he was built up in book one at the start, so that I expected him to play some major role but so far…

This book is mostly set back in the past, and we see what Laith has been working towards all these years. There are trips too that take us back further, to meet others from back then, to see what effect they’d had on the future, how it played out.
We learn about the twins parents, the witch and her niece, Elizabeth and her granddaughter…that bit really did Maddox in for me. I’m firmly team Laith now. But then that’s happened to me before and the author then goes on to do things, show viewpoints that have me changing so I’m half expecting that in book three 😉

I enjoyed this story, though when Laith started taking Ava on outings, rather than trips that were absolutely necessary it did feel – well, just wrong to me, and TBH a bit of a filler of space rather than important to the story.
Meeting her dad…er, nope, didn’t like that. I did like seeing the past, and hearing what had happened from the source, but there were times when it was a bit too far fetched for me, maybe that’s where the YA bit comes in though, I’m looking for answers instead of just going with the flow and enjoying the story as I did when I was a teen…

Overall it was a fun read, and though I’m team Laith I still can’t see how on earth this is going to resolve, though I’m less likely to grieve if Maddox pegs it that I would have been in book one. How though? And what other effects will it have – nothing happens in isolation. then of course there’s the  will-Erica-change-my-mind-yet-again about which twin I like best. For now I’m finding Maddox selfish, obsessed more with the idea of love and getting one over on Laith than actually in love with Ava, whereas I feel Laith does love her and would sacrifice anything for her happiness, even of it means he doesn’t get to be with her.
That could all change with book three though heh-heh-heh!!

Stars: mmnn…three and a half I think, though suspect if i was target age it would be a five…