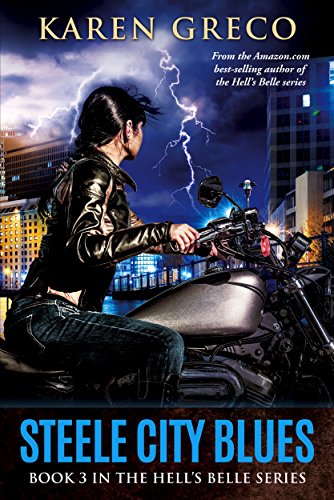 I’ve read books one and two in this series/trilogy (I’m unsure which it is) and loved them so its on to book three to see what’s going to befall Nina and co next.
We pick up where book two left off. Although there have been a couple of novellas between, I haven’t read them and they don’t feel necessary to read to follow the story ( though might be fun to see what else is going on!).

Leila can’t be allowed to continue her actions, she’s destruction in person form and a complete nutter power freak. She’s creating what seems to be a supernatural army. Who needs her running the world?
Who can stop her though? Blood Ops doesn’t exist now, Max seems to have thrown in with Mary Jane and  the Gov but they don’t have the skills and knowledge to fight supernaturals. Bertrand the demon is untrustworthy, he seems to be on their side but who knows, he’s totally unpredictable and what’s best for him only is what drives him. He’ll help so longs as he benefits, and when it doesn’t he’ll swap sides easily and seamlessly. Dr O can’t help, he’s in Steele city, the prison for those of a supernatural bent, and the team miss him and his advice and magical talents.
With Babe gone and Dr O locked up its really down to just Frankie, Nina and friends to save the day..and the world. Tough times eh?

Its a fun read once more, full of humour and snark, puzzles to unravel, sides to take and wondering just where Nina is going next, what’s going to happen and how.
I love the core group of friends, Frankie, Nina, Matty and Darcie, and Caspar…a great group, very diverse, and at times it seems like herding cats trying to get them to agree. Max is kind of in the group but not, he’s very allied to Mary Jane, and TBH I was disappointed in some of his actions and decisions. He’s very pro helping people, saving lives and yet seems to have no issues with Mary Jane’s announcements about what she’ll do if Nina and co don’t succeed in stopping Leila very quickly…it just didn’t feel right to me him being OK with that.
There’s a new player to the game too, someone who may – or may not – be a help and who comes from a very unexpected place.

There some great humour too tucked in with the drama, and its the kind of quirky snark that pervades Kim Harrison’s Hollows series and made that such a must read for me. I do like some fun in among my dark and dramatic, the end of the world is nigh…but there’s time for a coffee first sort of stuff!
Nina seems to have curbed her anger a little in this book, it was beginning to grate on me that she had a shoot first policy, so for me that’s a real improvement. After all there are only so many times you can get away with it!
I said Max was a bity of a disappointment, but that’s made up for by Frankie – I Love that guy, he’s so perfect, humorous when the situation needs it, but ready to defend Nina to the death. I love the thought of him in the 70’s in gold lame and roller skates!! He and Nina are getting closer, its clear he wants her and she’s attracted but will she ever take that final step?

Its fun and games, drama and deception, snark and sensuality and another hit read for me.
I’m not sure if this is a trilogy or a series, can’t find out from author site or anywhere on net. It ends…kind of..so it could be a wrap, but there’s so much left open that I think there’s room for more books, and am hoping they are coming.

Stars: Five, a fabulous read once more, packed with magic and mayhem and fantastic characters. 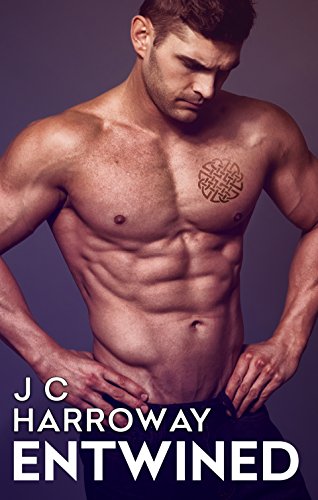 I loved, loved JC’s first book so was pleased to get an ARC of this second story. Its tough though following such a great start, so I wondered how it would stand up to that one.
Recovery, JC’s debut story was set around one of my weaknesses –the film star/rock star trope – so it already had an edge, but this one is a second chance romance and I enjoy those too, so I was ready for another cracker.

It was a good read once again, with very believable people and realistic plots and settings, (but as an artist can I just say that though you Can paint with watercolours on specially treated canvas, that’s unusual and paper is the norm…) It didn’t quite have the magic for me of the first book though, it was a fun read but didn’t quite hook me in the same way, keep me gripped to the page, wondering what was coming next.

I loved Jess and of course Morgan – and who wouldn’t?? When we do finally know the reasons for their split, the big secret that gets taunted to us all the way through, it seems a bit light, a little naive, almost implausible. What we have to remember is they were still very young, still teens and judgement and decisions made then aren’t always the best. Don’t you look back at some teen times and wonder how on earth you thought that, did things, believed others when we the passage of time we can see it was all wrong…Of course there was no real reason then to distrust, that came later with time and distance, the ability to see through people.

I loved Melissa, Jess friend and cousin, too though was a little puzzled that the priest pronounced Melissa and Daniel man and wife, when it was Gary she was marrying 😉 I’m reading an ARC though so this hopefully will have been corrected, made me smile though!

Its really centred around why Jess left, what happened, why didn’t she tell anyone what was wrong, especially poor Morgan who thought they were so in love. Now she’s back for the wedding, and they’re both still feeling the pull of the past, and trying hard to just get through the weekend and be civil, never mind how they feel inside. Its really easy to pick up on the fact they still share an intense passion, the air around them crackles with it and there’s some well written steamy scenes between them.

Its an enjoyable read, but felt a bit simplistic in a way, I was sad when the story came out, understood that teens don’t always have a good overview and are not always able to make the best decisions but it still didn’t really fill the story for me.
Unlike the first book, which I could and have re-read, this one is a one off read only.
If you’re looking for a feel-good, light read with a bit of a sad story in the background this may be perfect for you, but for me the drama side was a bit lacking and flat.

Stars: Its more than a three but not quite a four, so three and a half.