A Bend in the Willow, Susan Clayton-Goldner, Flawed, Tracy Wolff

A Bend in the Willow,  Susan Clayton-Goldner 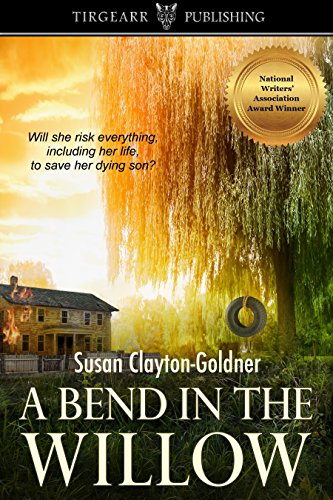 I’d not read any of Susan’s books before but this sounded intriguing.
I love romance reads, been finding concentration difficult this year so light ones have been the mainstay. Sometimes I want something that’s got a bit more depth to it, and I’ll go outside my usual zone into one like this, a non romance or ones with just a touch of it.
I wouldn’t want to read books like this exclusively, but love to mix and match reads to my moods.

So, I loved this story, loved the way it slowly built up, that it was clear Catherine was holding back a huge secret, loved the way we only found out snippets as the story unfolded.
Then things went really wrong, a huge crisis came and she was forced to reveal all, well part anyway, she was prepared to tell Ben everything but…. He was so shocked – well, who wouldn’t be – and his reaction was just what Catherine had feared.

She had to go back to her past, to reveal who she is to people who don’t know what happened to her, but she needs the help of her family to see if one of them can be a donor to Michael.
That means telling people who haven’t seen her for twenty years, who didn’t know what happened to her, finding out if her brother was still alive, seeking out Ryan, and all the upset that would bring to their lives. Michael needed her and she wasn’t going to let him down.

Its was emotionally gutting, brought me to tears a few times and I understood exactly why she had acted that way, and yet I also understood why Ben was shocked.
When someone is hiding something so huge from you it must make you question everything. Ben was a good man, loved his wife and son but in shock, and reacted badly. The more secrets came out the more I felt for Catherine and him.

Michael was wonderful, a real sweetheart, and his illness is all too real for many kids. I felt that part of the story was really well done, and could feel for the poor kid, especially when he’s facing death.
In hospital people die, you can’t avoid it, the guy in the bed opposite died one morning when I was having chemo, its tough but happens, even in kids wards.

The other characters were great, Kyle and his family, the people who knew Robin Lee, Ben’s secretary Helen, and his dad. They added to the feeling of reality, the emotions that built up, and how desperate Catherine was both as a teen when she disappeared, and now when her carefully constructed world collapses.
I felt so sad for her, she was trying so hard and yet the whole thing wasn’t her fault, she was just a scared teen.
Of course once lies are told, they build up and grow and she had to carry on with them even though she didn’t want to. Experience had taught her that she needed to keep quiet.

Its a fabulous read, a story that so full of drama and emotion, made me cry, and the characters felt like people I knew.
I’d intended reading part way and then back to a lighter read, as I’d just come off a similar great but heavy story. However I was so engrossed, so caught up in Catherine’s world that I couldn’t leave it until I knew how things were going to work out, hoping Ben would understand, hoping of course that Michael would get his transplant and recover, hoping Catherine’s family would forgive her.
Its a book I felt really sad to leave but was  happy at the ending, a positive note even if there was still lots to sort out and move forward. 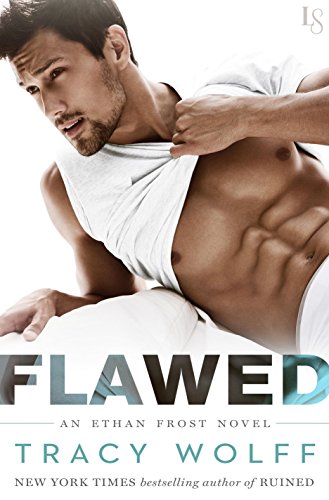 I love Tracey’s writing, she’s got a way of creating real characters, flawed ones, that I can identify with. then of course she brings out some drop dead gergeous hero for them, but its never they meet and a quick HEA. Oh no, she really puts them through the wringer ( thakfully!!) and this book was no different.

The only issue I had with it was that it covers such a short period of time, 90% covers just a few days, and somehow I enjoy novels better when there’s a longer timespan. That makes the issues and the dramas more intense, feel more real.
Here Miles and Tori have been sniping at each other for the past year, getting quite acrimonious, and maybe that could be taken as  the start of the story. I’d really have liked that and the events that followed to have covered several weeks, preferably severable months though. That way the highs and lows really hit and feel real.
Its kind of hard for me to believe they could go from hating each other to so-in-love in just a few days.That’s why its a four star read and not a five.

I loved Tori, she’s got a wicked sharp tongue, one of those on-the-outside confident people, accused of being shallow and brash, and yet inside there’s someone who’s not confident at all, and is surprisingly deep in personality. She uses that front to hide her fears, hide the way she’s upset at how her family have always acted towards her, ridiculing any attempts she makes, belittling her at every turn.
Even now she’s grown up they still treat her as if she’s hopeless, irresponsible, a let down to them. Its the “if I get in first with the joke about myself” kind of thing that makes her act this way, she controls the situation, people laugh with her, not at her…and yet inside it hurts, she’s crying.

Miles is a typical Geek, can’t focus on anything except his current situation – that’s what led him to miss the things that happened to his sister Chloe, and he just can’t get past that, is doing all he can to make up for it to her. So when her BFF turns up bedraggled and hurting he tries to help – even though they hate each other.

I love that enemies to lovers trope, and here it works so well, its just that I find it hard to believe in hate turning to love quite so quickly, lust yes but love? They didn’t really know each other that well…
Still, the encounters they have are typical Tracey ones,  tempting, tantalising, seductive and incredibly steamy. Some authors excel at those scenes and Tracey is one, no cringe making phrases, just intense, believable and sexy heat.
I got a bit cross at Tori at times when Miles was trying to help – I got what he was doing, but then again I understand as I’ve read his thoughts, understand his motives, but when Tori stops and thinks it through I can see where she’s coming from too. Clever writing when an author can do that, write two diametric views and yet each is valid and justifiable. Its the circumstances that surround the actions, the context and motives that really make the difference.

You can read this without reading the first few books, but you’ll get more from it if you read those – and they’re a great trio so why not?

Stars: Four, a fantastic read, just that the events happened a bit too quickly for a five.