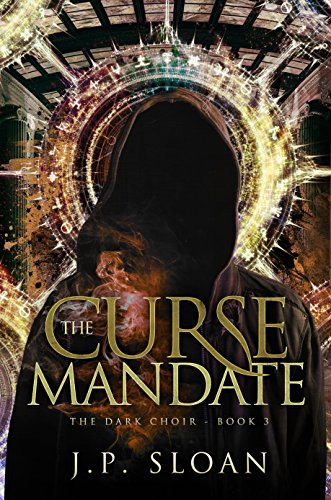 I NEVER read horror, and if I’d seen that I wouldn’t have come to this series. Its not a gory, blood-fest read though, and for me the horror is more of the “could this happen” type and I can deal with that. I really enjoyed books one and two, and was keen to get on to this.

Poor Dorian, you really can’t help but like him. He’s a very moral person in so many ways, just wants to live his life, earn a living and have fun, but he’s a magnet for trouble and sometimes his sense of morality leads him to tread very close to the permitted lines in magic.
He’s still searching for his soul, lost in book one, well – more he was tricked out of it than he lost it. Once more his need to help others got him into danger.
Alongside that though he’s got other problems, he’s got a new pupil, her brother needs help as he’s been cursed, there’s some wierd Chaos magic targeting people and places, and he’s trying to get to the root of that, trying to stop more people being hurt, and on top of that he’s a bar to run as part owner! Just another day for Dorian then..He feels like he’s always trying to catch up, and the next huge crisis is just aroubnd the corner.

As before the story is packed with magical terms, spells, curses, hexes and explanations of how different historic (genuine – they did/do exist) factions fit into this story. He’s an amazing man with incredible knowledge of his craft and its history, and I found myself constantly flicking the paperwhite Look-up function 🙂
The fact there is so much of this book based on genuine societies gives it a very realistic feel.
I love the detective (Hunter?), assigned to help him, a sceptic who by the end had changed his tune and looks to become a future ally.
One issue I did have is the cast of characters has grown huge, and I found it hard to recall who connected where, why, to which group, which section of magic they practiced or whether they were of the innocent of magic group, normal humans who’ve no idea what really goes on in their world. Lots of backtracking for me, and I’d have appreciated an index to keep them straight.

As always the plots are fast and furious, Dorian is racing against time, chasing clues and help, trying to sort out who are the good guys and what the others are up to, and still trying to help his friends and track down his soul.
There some really sad parts here too, both in his personal life and for me having grown fond of a certain person 😦 but sometimes that just makes it all the more real, when the unexpected happens, when the good guys don’t always come out on top.

Its a great read once more and the reason its four and not five is that I spent so long looking back at who did what, and how they fitted in to the story, plus checking out the many different terms and groups that it affected the flow of the story.
Actually that’s a bit unfair to drop a whole star, maybe just a half, as the idea and plots are excellent.
I loved the way the little side issues ended connected to the larger picture, and the detailed explanations of what the curses and spells could do, how they were constructed and at what cost. I enjoyed being completely off course in who was behind things, I like the unpredictable!