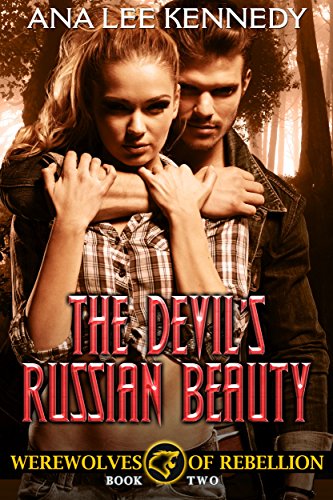 I really enjoyed the first in this series and was looking forward to this one. First books in a series have a tough job and I usually find I like succeeding ones better, as the setting is in place and the story can concentrate on events and characters and not just world building and intros.
I found this book to be a bit under-whelming though, and in fact didn’t enjoy it as much as the first.

I didn’t feel the chemistry that Bernadette and Frank had, that I loved, between Phil and Daffi, they felt like good friends more than potenital mates/lovers. Apart from the werewolf pheromones making them sexually attracted I didn’t feel there was a real relationship in the making here. I liked them both, just didn’t feel that magic connection with them.
In book one I commented on Scary Mary and mentioned my pet hate of where people have some unused/unknown supernatural talent which comes in just at the right moment. Sadly that crops up once more here, and it just doesn’t work for me, I want them to use skills I know about, and that have been learned solidly. Its a quick fix solution I really dislike, and I felt it let the story down. We had all that build up, then its done and dusted quickly, and I don’t really know how it happened except “its magic”.
I never did go for the non explanation, whether real life or in my fiction reads….

I love this idea of a werewolf MC, that succeeds through hard work, friendship and trust. I’m not a great MC reader, usually as the heroes seem to think speaking in words of not more than two syllables is conversation, and sex is two or three thrusts, an orgasm for him and the female should be happy he chose her. Oh and a few obligatory beatings…
Yeah, I know, they’re not all quite like that but the few I read gave me that impression and I avoid them.
Here though Anna has created a club I love, one where everyone deserves and gets respect, where they all work together, and its a great setting, especially with the werewolf connection.
If only the magic side could be sorted, no more quick fixes, and a bit more connection between characters so the chemistry steams, as it did with Frank and Bernadette, then I’d love it.
Sadly this book was more of an OK read than one I couldn’t put down, though I’d still be happy to give the next book a chance.
Could just be this story, this couple that didn’t fit so well with me, there’s such potential in the world Anna has created IMO.

One response to “The Devil’s Russian Beauty, Book two of the Werewolves of Rebellion Series, Ana Lee Kennedy”