Tell Me Not To Go, Victoria De La O

Tell Me Not To Go,  Victoria De La O 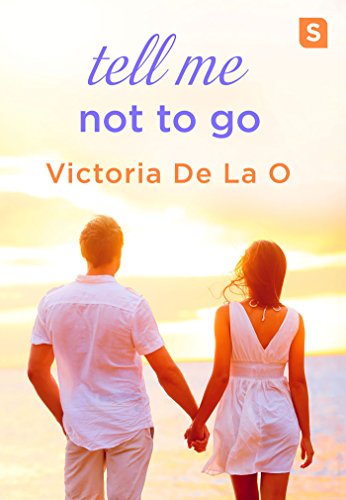 Second book in a series about connected characters. I’d not read book one but that’s OK as each novel is a stand alone one.

Jeff and Sam, cute couple, both burned by past relationships, and don’t want another right now. Jeff has become something of a player in his new found freedom, while Sam has simply sworn off men, vowing her career will come first.

They’re a sweet couple, feel very genuine and I liked them both. They liked each other too when they met, very much so. Jeff is Sam’s flatmate’s brother so it was inevitable they’d meet sooner or later.
They can’t ignore the sexual pull between them, that string of lust that keeps tugging them. What to do though when neither want a relationship? Well, they’ve ninety days til Sam leaves for her next training stint on her way to becoming a doctor.
A no-strings affair strikes them as a sensible answer, they’ll have some hot and sweaty sex, lots of fun and games, neither will all in love, so no feelings get hurt, no hearts get broken.
What was that? How can a person stop themselves from falling in love? Exactly!

You just know what’s coming, and to that end the novel was pretty predictable. There’s no big twists, no great dramas but a series of little side plots that show how they both fall in love but hide it, even from themselves for a while.
Being alongside them its easy to see why they fell for each other, they are both really good people, share ideas and adventures, respect each other – in short they’re Good People, but all good things come to an end and the ninety days are up far too soon….

Its a fun read but pretty easy to see what’s going to happen, and there are few surprises along the way, with the story running along on well used lines. I enjoyed it OK, but its not one I’d reread.
There’s nothing new here, nothing exiting. Great characters who are really believable but the plots is just that bit too bland IMO.
Its a simple, one-off easy read, a relaxing romance for those times when you don’t want anything too challenging to read, just a simple tale with a HEA..

Stars: Three, a little mundane in plot but well written, with some serious sensuality 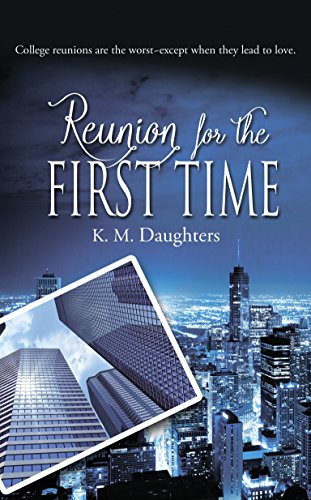 My first read from the sister duo authors. It wasn’t a bad read, just didn’t really fire me up, give me that mustkeepreading feeling.
They’ve a whole slew of books though, and I’d happily try another as it could be just that this book wasn’t the greatest for me but I’d love a different one.

I liked the characters, and thought the story idea sounded good, but as it played out somehow it just felt a bit muted for me.
Lizzie/Elizabeth/Beth was a prizewinning photographer, acclaimed nationally and yet somehow her character felt like an average phone snapper. She was always off travelling on long trips to war torn countries, but it was just the packing and unpacking we saw and somehow the magic of what she did, her success, her acclaimed photos just kind of passed me by.
Jack too was well known, had won awards, and his architect/construction rivalry with Wallace could have been so much stronger, provided so much more drama IMO, but it didn’t 😦 How on earth Beth didn’t know who Jack was when she knows the city well, and it seems everyone else knows who he is amazed me.
Jack – I loved him, but the face offs with Wallace seemed pretty muted, when they were supposed to be vicious rivals. Apart from some gentle sniping and a little male posturing when Beth was around that was it.
I felt he and Beth danced around their attraction just that bit too much somehow, I’d have imagined them going on a few dates before getting hooked on the does (s)he/  doesn’t (s)he want more conundrum. A few casual chats and off the cuff dates don’t usually lead to will we get married/have kids etc does it?
Wallace – well, I have no words. What Beth ever saw in him I’ve no idea. Had he really changed that much or doid she really spend four years dating a prick.
I loved Kay, Beth’s friend, a terrific lady, born organiser.

So the story is there, but I felt Charlie wouldn’t have just slide out of his depression quite as easily, that Jack and Beth would have needed to give more on-going support, and the Wallace/Jack feud need a little more filling and drama. Its a good read, one I enjoyed but wouldn’t reread.

Stars: Three, a well written read but I felt it was a bit non event as to drama, and you know how I crave that!