The Turn, The Hollows Begins with Death, Kim Harrison

The Turn, The Hollows Begins with Death,  Kim Harrison 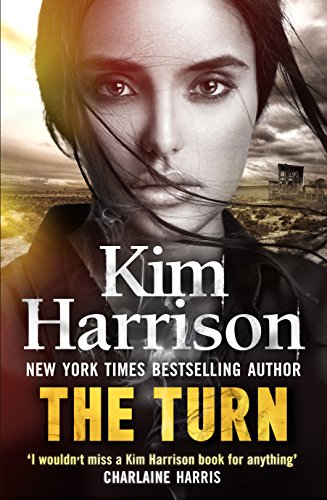 I’d just been thinking it was maybe time for a reread of Kim’s Hollows, a fab series, one of the first I bought when I got Kindle number 1.
Its not a light, fluffy, romance + alpha hero tale, but one with some dark moments, demons that aren’t all romantic underneath, vampires who’re out only for themselves, and will kill without a second thought if they think they need to, werewolves, witches, pixies and fairies, and ley line magic, lots of that. And yet wrapped up in that IS a romance, the story isn’t some dark, macabre horror as it sounds, and there’s so much fun, so much mystery as to what can and will happen. Great characters and it’s a series you can read over and over.

So seeing a prequel I was excited, its several years since I first read it but I can remember feeling confused about parts of The Turn, what exactly happened, and how and why, so this is just perfect for both folk new to the Hollows, and for those of us who’ve read it but got questions.
We meet mainly Trent’s parents, see how they got together and I’m ashamed to say I can barely remember anything of them from the main series. They’re both clever scientists, leaders in their field and have a fierce rivalry.
Trent’s dad Kal is a total jerk, viciously cruel, totally amoral, made me see a bit where Trent got his initial prejudice from. He’s always done his best to knock down Trisk from when they were kids, his jealousy knowing no bounds. I did feel for him a bit when we read about how much of his childhood was spent in pain, knew about the constant surgeries and tweaks to his genetic code he’d had. That’s tough on any child.
Doesn’t excuse the way he was so cruel to Trisk though, always reminding her she was an upstart Dark Elf, not like the Kalamacks with their long heritage keeping them pure. Trouble is though those Pure Elves, the bloodlines they were so proud of, was what was helping them die out, they were having huge issues reproducing.
Poor Trisk is hampered too by the 60’s view of females, little women that should be chained to the kitchen popping out babies, certainly not leading scientific advancements, that should be left to the men. If by chance they did make a break through, well they should be pleased a man would take over and get it published and maybe let their name be credited as one of many helpers….Gah! that was so spot on, I was just a kid then but is so how life was! I love Trisk, one of the good people, who wants to do what’s right, regardless of personal cost.
Her human colleague Daniel is another like her, and he was a terrific addition. Made it easy to see how the whole coming out to humans part was decided. There were people for and against, but with Daniel in front of them, the way he’d dealt with such a lot in a short time and still helped those not human as well as the humans helped sway the decision.
Along with Orchid of course, who was a great character and help fill the missing shoes of Jenks. I can’t write his name without thinking “Tink’s little red panties” – he had a phrase for every occasion, and Orchid has a similar curse ridden mouth!
We meet Quen too, a young Quen and maybe an explanation for why he’s always been so loyal to Trent. I love Quen, always the man in the background, always there protecting, overseeing and yet unseen much of the time.
Alongside that there’s Al the demon of course, Piscary, Rhynn, and a few others from the main series.
Another reviewer mentioned Rachel’s dad, and I can’t recall much about him, and missed that – I need to go back and look…I’m sure there’s other nods to the main series I’ve missed.

Stars: Five, a fabulous story, well worth reading before or after the main series.

2 responses to “The Turn, The Hollows Begins with Death, Kim Harrison”