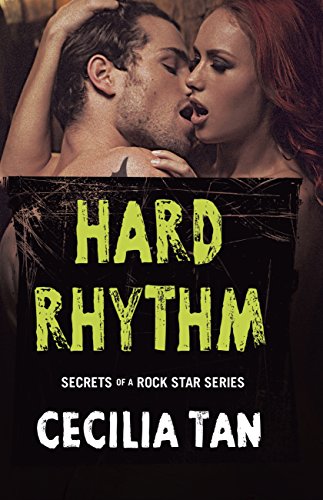 I’ve liked a few of Cecilia’s stories and looked forward to this one especially and its got my favourite band trope connection! Its a hot and sensual novel, and one I enjoyed reading.
I was a little puzzled at first, it seemed as if I should know more about certain characters, events and places and then about 25% I decided to check and …yes, this is the third in a series and I’d missed the first two.
That would have made things clearer, I enjoyed and could follow the story without reading those early ones, but I think it’s more likely to have been a five star read for me if I’d read them first.
Still it’s a good read and didn’t “lose” me with details, just would have been easier to pick up some incidents and see their relevance earlier.

I liked the characters, we’re mainly with Maddie and Chino but what we see of the others is promising, some from earlier books and maybe some in the future ones?
Maddie’s been and done it all it seems, and she feels kind of jaded about everything, nothings really exiting her now, really enticing her to take part, and  then Chino makes his move.
There’s been a subtle undercurrent between them for months, nothing you could really point to, no obvious tensions, but its clear they both are strongly attracted to each other. Maddie thinks its a one night only and she’s happy with that, she’s been wanting him for a while and they have a great time, but that one night stretches and soon they’re in a solid sensual relationship.

I loved Maddie’s sex toy blog, and the way Chino was so enthusiastically helping her with it 😉
I liked Maddie, she’s one of those people who project confidence and self security even when she’s struggling inside. She’s worked hard to get where she is even without parental backing, and she’s not actually upfront about what it is she does to them. Understandable, not everyone can accept that kind of life and job.

Chino and the band connection…well, that was it for Band trope stuff, that he was in a band and the novel includes his band-mates. There’s no huge band dramas, no touring life-on-the-road stuff, just that they are band members. A little disappointing for me in truth, but it was still a good read.
I loved his backstory, can see that as so true, there are people like his deeply religious family, who see his lifestyle as wrong. The resulting parts of that section of the story surprised me! And I do like to be caught out, to get a touch of the unexpected even when its not part of the main plot.
I loved Chino himself, the thought he put into sex, the way he planned hard, organised what he wanted rather than just leaving it to chance, the way he played Maddie, knew what she wanted, needed, even when she didn’t realise it.
They may not have been together long, but he’d been watching her and planning long before they got together.
I did love his stance on p-i-v sex, that there are alternatives, that waiting can make it special. That was a treat to read when so many stories have the male balls deep by page five it seems. It makes me thing what can come next when they’ve reached the main part so quickly.

Stars: Four, an enjoyable read, and I think if I’d read books one and two then this may have been a five for me.