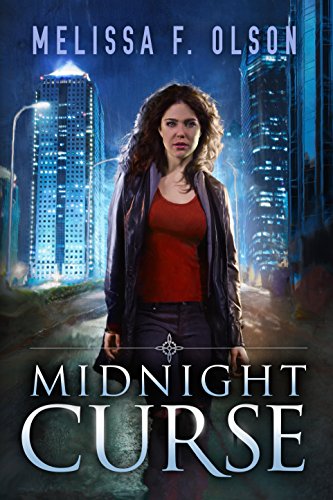 I found Melissa’s books by way of the Boundary Magic reads on KU – I love KU!! Risk free way of trying books for a small sum each month. Melissa’s novels tend to be in trilogies with some side ones in novella form.
I think if I’d come to this one without having read any of the others maybe I’d have struggled a bit more, as it is I missed the last Scarlett novel – it’s on my kindle for reading now 🙂 – and there were things I didn’t wholly follow.
Its a stand alone read though, even though part of a trilogy. this particular story wraps up but its clear there’s more to come.

I love the characters in this series, vampires and werewolves, witches – with a very, very few boundary witches who specialise in death magic, and Scarlett, a null – someone who temporarily wipes out paranormal elements whenshe is close to them, so vampires and werewolves are human when next to her, and witches unable to use their powers. Evens out the field a bit!

Scarlett has been involved with the supernatural world for sometime, and lives with werewolf Eli. She gets a strange message from Molly, a good friend some time ago but they’ve not seen each other for years. She takes Shadow, her Bargest ( sort of supernatural dog) and goes to see what’s wrong. Scarlett is like that, when someone needs help she wants to give it if she can. She gets a horrible surprise though when she finds Molly blood soaked and her 12 housemates dead….

Of course the Vampire Trials are coming up next day, a two day event held every three years where the three supernatural leaders gather with their members and decide over grievances. Scarlett knows the punishment for killing like this is death, but Molly doesn’t know why she did it, its not her nature, nor really any vampire, to kill and feed this way.
She wants to prove Molly was set up, but time is short. the other leaders aren’t looking beyond the obvious, and the perpetrator behind events seems determined to get Molly killed at the trials.

Its another riveting, exciting read. Scarlett has changed a lot from last time I read about her, and she’s grown in confidence and ability.
She likes her job, feels she’s doing something useful, and even though it brings her into danger again and again, she thrives in the planning and doing of making things right. Eli isn’t so happy, they love each other but he can’t understand why she persists in doing this job that risks her life again and again, and she can’t seem to make him understand its what makes her happy. Rock and hard place, and I felt for them both.

Jesse is back in a big way in this book. I love Jesse, but the poor guy is in a rough place, taken for a ride by his ex wife, who wanted his fame and money more than him. Tough stuff. When Scarlett seeks his help he’s not keen at first but soon the deadly duo are back in action. They really do work well together, trusting each other and knowing what each can and can’t do.
With Shadow’s help they’ve a huge task ahead, find the perpetrators and bring them in quickly or Molly dies. Vampires – actually all Supernaturals, have a harsh but much needed rule, risking humans knowing about them means death. Its too big a thing to do half measures, there are rarely excuses accepted, so Scarlett and Jesse need to find out what’s going on ASAP.

Once more I loved the story, loved the characters and the way it all played out. There are no hated “quick fix” solutions here, those where someone gets a new, unheard of so unpractised power just at the crucial moment. I hate those, I want what happens here, where the solutions come from attributes we already know about, from skills practiced, from accepted traits of the characters.
Its got a kind of bittersweet ending, one that made me sad but also made me think maybe what I wanted from very early in these books might finally happen…..

Stars: Five, a great start to another trilogy 🙂 I’m looking forward to more.