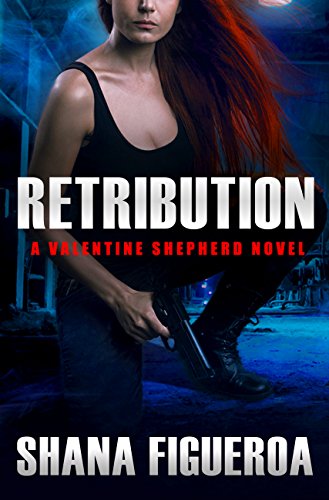 This is classed as Romance by genre but it’s also paranormal and fantasy as both Val and Max have visions of the future, and have found there are others like them, with a group known as Alpha seeking to control them.
Somehow I missed book one of this trilogy, but read the amazon sample, which gave me enough to understand the characters, and most important, their visions and the Alpha group, who seem to have far reaching tentacles.

In Vengeance they went through a harsh time, got close, came together and then parted. Val felt Max deserved more, someone better than her, that being together would give in to the Alpha group who want them to have a child so they can take and control it….she wanted him to be happy, and it seems like he is, he’s to be married in two months to Abby.
All is not how it seems though, Max is trying to have a normal life, but however hard he tries he can’t forget Val and what they had, can’t let go of his anger that she wouldn’t fight for them.
Abby seems to know something is wrong but is taking an ostrich approach, ignore issues and all will come right – except they don’t. Max is abusing medication to deal with his issues, and hiding it, telling himself he’ll stop soon.
Even though I missed book one I can still feel that Max and Val belong together, there’s a pull whenever they meet, a feeling that they are two halves of a whole, something that’s missing when he’s with Abby or Val with Sten, her Ex, currently not a friend but not a total enemy either.

Val gets a new case for her and PI partner Stacey. A local young lady, Margaret, has gone missing. As soon as her mum shows Val a picture she recognises her from a recent vision, murdered and washed up on a local beach. She knows it hasn’t happened yet but there’s only a short window before it does, so she needs to move fast. She does a bit of enquiring and finds she needs to attend a rich mans secret club, and calls on Max to help her get entry.
Abby isn’t happy to find out Max met with Val when she asked for his help, but he tells her Val just wanted money, and as usual she turns a blind eye to anything else.
Of course being Max he checks things out first and that brings him into real danger again.

I’m not sure about Abby, whether she really loves Max, or just wants the position as his wife, and the prestige. She comes from a wealthy family so doesn’t seem like its money, but she just seems blind to the turmoil and unhappiness Max is in. Maybe he just hides it well, maybe she just doesn’t know him well enough?
Val of course thinks he’s found the nirvana she hoped he would but can’t help being jealous, wishing he was still with her, she still loves him. Meanwhile she’s in an odd sort of sex only relationship with Sten, a crooked cop who may be working for the people who want to control Max and Val. Strange eh?
Many of the characters in this book all seem to have weird connections, Val was in a relationship with Stacey for a while in their youth, before deciding she preferred men, though Stacey is still into women, and Max hasn’t told Abby he’s been with a man before.
There’s lots of quirks like this is the book, so you can never guess just quite what’s going to happen, with whom, what will come out about the past, and where the story is going next.
People have the oddest of connections, and they key players here have more than one between them.

Its a tough and gritty read at times, sex without love, without Like even at times, people dying who are integral to the story I thought, and then they’re gone. Shana isn’t afraid to kill off people, so even the “good” guys die here.
Its a scary read, the lust for power is a very human thing and its what makes books like this so realistic, there are people who will happily do anything to be at the top, to have control.

I enjoyed the way the story played out, the twists and turns, the weaving together people who seemed not to have a connection and then….
There’s lots of dangers to almost all the major characters, and Val’s visions of both her and Max keep having different endings, though sadly ultimately not happy ones, and she wonders how she is affecting the future. She’s unsure if it is possible to change bad events to happy ones, especially the ones involving her and Max. She can’t sit back and do nothing though, and once more she and Max are involved in a dangerous scenario, risking their lives.
.
Stars: Five, a great read, and sometime I want to read book one, but for now am waiting 🙂 for the final part!