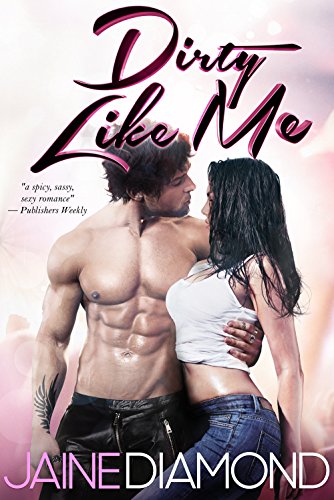 Well, I love rock star romance, and am always looking for new reads. KU has hundreds – sadly most are meh, varying from awful, dire, copycat reads, with a few decent-ish reads and the occasional gem tucked in, so I wasn’t really expecting much from this.
The beauty of KU though is that once you’ve paid your fee its a free way to try out lots of new to you authors – and some that are simply completely new as Jaine is. She’s two books, the other isn’t really one for me but this was a good fun read.

So, Katie, I liked her, loved the way she got plunged into the video by default almost and under the eye of Jesse Mayes.
So its stretching credulity – but its fiction and sometimes truth is odd, things like this do happen.
Its written in a very real way with all the questions readers have answered, not left hanging in the wind. Reading it you’re never thinking “how did she get there/why did /what about/ when will???”. Stuff like that, plots that get started and fizzle out of just left hanging really annoy me and are seen in so many Rock star reads I’ve found.
So she’s on tour with Jesse, determined to take the money and enjoy the six weeks, having got his word that if she doesn’t want to sex isn’t part of their agreement, and she thinks she can hold out despite the sparking sensual attraction each time their together. Of course the inevitable happens, and hearts just aren’t made to stand up to such feelings. We think we’re in control and we are…til we aren’t.

I love that Katie thinks about taking the money, thinks about the impact it will have on her life, whether she can fulfil what Jesse wants, act like the devoted girlfriend while keeping her heart free. She doesn’t just think “yay, lots of dosh” and throw herself in but searches her conscience, talks to her friend about what she should do. She loves her art but after a huge setback she just has student debts and has lost her mojo. Maybe this money will allow her to resume her love for her art.

Jesse is gorgeous, and he’s loyal too, to his friends, to his family and to his band, old and new. He’s a very genuine person, and I just couldn’t help but like him. He wants the best for everyone, not just fame for himslef, but to bring his music out to aothers, to provide jobs to the people who make it happen, to have fun with both bands, to deliver what he feels the fans deserve. He hasn’t let the fame go to his head, isn’t one of those I Am God types…

I really wanted a little jealousy from the females towards Katie, there’s a few minor incidents but a book such as this is made perfect for me by a nice meddling bitch 😉 Still, its an unexpected gem of a read, almost a five star for me and I’m hoping for more from the band soon, maybe I’ll get my jealous bitch then!

Stars: Four and a half, just short of the magic five, and a terrific start for Jaine’s writing career IMO.