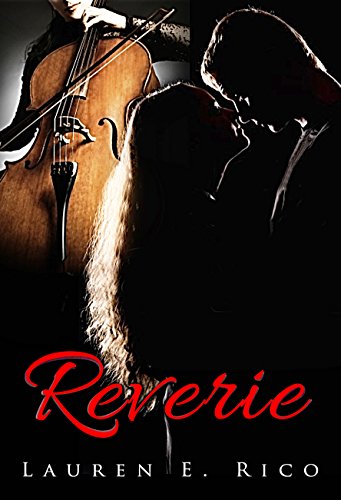 I loved the sound of this, and most important, parts one and two are out now and three very soon. I hate, absolutely hate, waiting for rest of a story, and it seems that trilogies dominate the romance genre now. I love the way they give a solid extended story, but hate those that keep readers waiting months, years even for subsequent parts. By then I’ve lost the momentum, lost the magic of the story and have to recap just to remember what had happened.

So, its Julia, Jeremy and Matthew that dominate this story. Julia and Matthew share a flat, having been brought up in the same children’s home since they were around ten years old. Luckily Matthew has money inherited from his parents so they don’t have worries on that front.
Its just as well as both are devoted to their music, Matthew having already graduated from the prestigious conservatory, and Julia in her last year. they spend all their free time rehearsing, practice, practice, practice, so they wouldn’t have time for jobs.
I’m assuming Julia gets some form of student loan or something, she pays rent to Matthew for her room, though nowhere near what such a premium apartments would cost. There’s never any mention of where the money comes from.
Odd how two kids from a children’s’ home just happen to both get in to the conservatory, how she’s able to pay for all the private tuition too.

Likewise Jeremy, he shares with his older brother Brett, again both talented musicians, but there’s never any mention of where they get their money? Given what comes later Jeremy must have some generous source somewhere to allow him to pursue his research, allow him to follow his inclinations.
There’s a brief mention of their childhood, but never anything current as regards other family members, there just seems to be the two of them, no other relatives.

What I liked about this story was the passion for music that shows through. I know very little about classical music and orchestras, other than that I ejoy much of it but that didn’t matter, the story from that part flowed easily and I was kept into the way the music was such a way of life for the orchestra members.

What didn’t work so well – I felt at times I was being spoon fed the mystery, pointed to where I should look next. The bad guy almost has a huge X over his head from the first meeting, likewise the good guy was marked with a large heart round him…well, that’s how it felt for me.
I needed a bit more mystery, needed to see how the story built up, to have things kept in the dark so I could work it out myself.
It seemed right from the start it was clear that things were not going to go smoothly, for me I need to be persuaded into thinking they will, until they go wrong, but it was so clear here what was going to happen.
It meant that some of the more clever manipulations in the story were just too obvious,  whereas written differently they would have kept me guessing til later in the novel. That takes the Mystery out of a mystery read.

I felt Julia went from being best friends with Matthew, taking his advice and sharing support with him, to making him her enemy in a very short span given the years they’d been everything to each other.
I was astonished at how easily Julia was duped, how quickly she changed to Matthew when she began a relationship with Jeremy.
The things that made up the dark side cost serious money, there seemed to be unlimited contacts and influence, but I needed to know how and where the funding came from.
I’m not entirely sure of the motivation for what went on either, apart from the obvious. Maybe there wasn’t more than that?
I need that kind of stuff to be clearer, while the build up and bring down to be more subtle.
Ah well, I can see others are happy, love it as is so its one of those “its me not the book” moments. I’m uncertain whether I want to read more – book 2 is on KU, so maybe if I’ve time I might take a look. Maybe the story will work more my way in that part.