Then She Was Born: Born to be different, surviving to make a difference , Cristiano Gentili 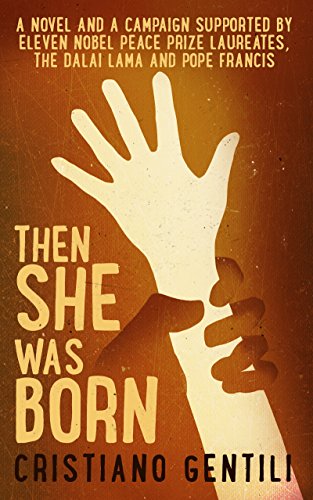 I haven’t yet read this book, but its part of KU and on my kindle now.

The author is the founder of #HelpAfricanAlbinos . His new novel is “Then She Was Born” which also forms part of an international human rights campaign, which has been endorsed by Pope Francis, the Dalai Lama and eleven Nobel Peace laureates who lent their voices and who each read aloud a different sentence of the novel, recording a video message and being pictured alongside the official hashtag #HelpAfricanAlbinos.

“The She Was Born” is an independently published work of fiction that meets the same standards as books published by mainstream publishers. This suspenseful novel is a true page-turner and hopefully will grab you by both arms and won’t let go until you’re winded, exhausted, and begging for a conclusion.

Synopsis.
A child is born and the joy of her parents turns to horror. The child is different, in a way that will bring bad luck to their superstitious community. The tradition should be for her to be abandoned, but Nkamba, the grandmother, is allowed to care for her.
Naming her Adimu, Nkamba raises her as her own. Adimu is constantly marginalized and shunned by the community, although her spirit remains undiminished and full of faith. But when she encounters the wealthy British mine owner Charles Fielding and his wife Sarah, it is the beginning of something which will test them all.
As Charles Fielding’s fortunes wane, he turns in desperation to a witch doctor whose suggestion leaves him horrified. But as events begin to spiral out of control he succumbs to the suggestions and a group of men are sent on a terrible mission. The final acts, of one man driven by greed and another by power, will have a devastating effect on many lives.

Tags: #HelpAfricanAlbinos, based on a true story, Cristiano Gentili, surviving to make a difference, Then She Was Born: Born to be different