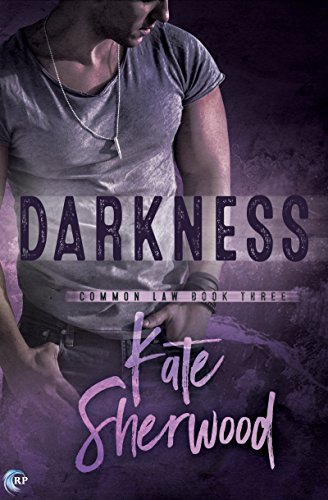 I enjoyed the first two books, and this series just keeps getting better and better now I understand the characters and their connections.

Wade and Jericho (Jay) dance around their attraction, lots of looks, slipped touches but most of the while either Wade is too ambiguous, or Jay just isn’t sure whether he ought/can/will take things further.
Wade is so enigmatic almost everything he says, not just to Jay but anyone, can be taken in different ways. I just love him, can’t really believe he’s the bad guy all the locals inc the police seem to think he is. He does have his finger on the pulse of everything that happens though, and is always on the periphery in some way of local crime.
Its kind of understandable why he’s seen this way, some of it is a carefully cultivated image IMO, if you put yourself up as a certain type of person then its not that others are saying you’re bad, they’re just following the lead you set, whether that’s true or not. And I can see Wade getting a kick out of knowing he’s got one over on the folk who condemned him as useless, someone from a bad background who’d never amount to much,  from childhood.

I’ve rambled a bit about Wade, but I’ve been championing him right from the start and its clear how protective of Jay he is, and in this novel we see just how far he’ll take that protection.
Of course there’s still the FBI/local cops issues going on from past events, along with Kayla being kept in the dark about her dad, and Jay feeling torn over that. He can’t say anything to her, and knows why and yet as her friend he feels he ought to.
Kayla warns him once more to stay away from Wade but that’s not easy – Wade keeps finding him!

This time there’s a murder at the heart of the story, and what seems like a simple case, easy to solve, lots of evidence, seems just a bit too slick to Jay, and he searches a little deeper.
What he finds changes things greatly, that it may not be an isolated murder, but his hands are tied in just how far he can go in pursuit of the truth. Once more Wade steps in, he’s always skirted rules anyway and its clear that though he doesn’t like the Law he respects that Jay enjoys his job, and he’ll do anything to protect that.

Its another great read, very sensual, but that is only part of the story, and fitted in perfectly in the novel. Its the tiny touches and looks that are the most sensual, where you really feel just how strongly Wade wants Jay and vice versa, and not just for a quickie one off but more – and yet how, when they’re on opposing sides of the Law?
Each book brings them a tiny bit closer, heals some of the anger from years back, gives them some new connections and makes it feel inevitable that they are destined to be together…
I’m lucky enough to have book four on my kindle right now as an ARC so that’s my next read 🙂

Stars: Five, a sensual story, and a realistic mystery to solve.