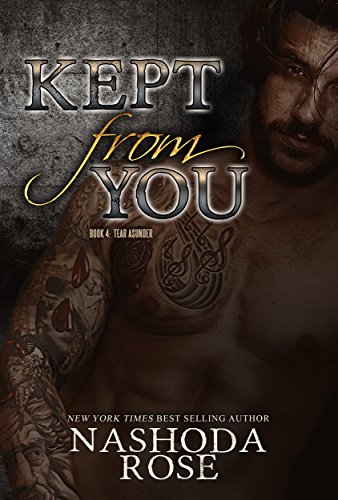 I’ve loved this series so far, and this latest keeps up the drama and excitement.
When I read the first book Nashoda was an author new to me, and I really wasn’t sure I’d like her style, that first one was pretty dark. The excitement though, the edge of seat drama, the so-real romance and the way she turns everything around, pulled me through and sucked me in to the rest of the novels.
I don’t mind an edge of darkness, so long as there’s a solid and real feeling romance with it. This one is probably the least “dark” though its still got that undercurrent of violence running though.

It was great too to catch up with the rest of the band and families, to see how they’ve changed over the years.
Killian was a terrific lead, I adored him. His feelings for Saavy(Orchid as he calls her) are incredibly intense, but not in that overdone macho way so many reads have. I could just feel how he struggled with his feelings, with his need to protect her, against letting her have her freedom to do what she wanted, find her way, and his background was heart breaking.
Saavy, loved her. Fiercely independent, one of those rare people who see good in others, who will stand up against bullies even though she’s scared.
Now after eleven years she’s put herself back in Killian’s orbit, she needs a favour from him. She’s been let down by her boss/lover and is now jobless, moneyless and soon to be homeless, she needs the dancing job she’s after, but to get a chance she needs Killian’s intro to the owner.
She thinks a quick recommendation if she’s lucky, after all, though she’s nervous she really is at the bottom and got nothing to lose only her pride.

Killian’s never forgotten her and now she’s back in front of him he can’t let go. Wow, the feelings and emotions between these two, the contrast of such contained violence and the gentle man he is with Saavy is amazing.
I loved them, loved the story, the little sub plots running through that slowly joined up, and all made sense as they connected.
The band stuff is there in the background but its not one of those guys on tour reads, more a book about characters that are in a band together.

Its another wonderful read, and just taking a look at what else Nashoda has written I’ve seen the Unyielding series. That starts with Deck and Georgie, important secondary characters that appear throughout the novels, and whom I’ve always wondered about. There’s something about their on but not quite on relationship that is so intriguing, and throughout the books I’ve always wondered just what their story is. So now when the time allows I’m up for reading their story too