Today I’m planning to read the latest Mercy Thompson novel,  Silence Fallen, Patricia Briggshttp://amzn.to/2mkqZJd That’s my all time favourite series, and author, and I’ve got another great book to read from a couple of days back, Jeanine Frost’s Into the fire, the final Night Prince novel

http://amzn.to/2mWvZoW I loved this series when it started, but unlike the Briggs one its an ongoing story rather than each book having one main theme that’s part of an ongoing story. TBH its taken so long I’ve kind of lost the impetus that made me love it. Maybe I’ll start from first book and pick it up that way. Then I log in to netgalley and see I’ve been approved for three more reads, among them one from the Queen of rock band reads, Kylie Scott for Twist, the latest Dive Bar novel, a spin off from the wonderful Stage Dive books

http://amzn.to/2m10cin So, housework? Tidying ready for selling house? Gardening – well that’s an easy out, its raining….

And a couple of reviews today 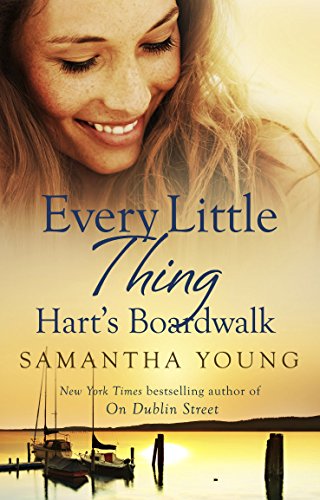 Like thousands of readers I got sucked in to the magic of Samantha’s romances by way of the wonderful Joss and Braden, in On Dublin street, and their book is still one of my all time favourites.
I’ve read several from that series and enjoyed them and have been looking forward to this new series. Tjis one is tagged Erotica, but to me its more eotic romance, a great romance but withsome hot and steamy sex rather than just erotica,

I enjoyed the first book, The One real Thing, but wasn’t blown away by it. First books do have  a hard job though, and few achieve the great start that Dublin Street did.
The couple that intrigued me the most in book one were Bailey and Vaughn – the ST between those two jumps of the page! They had sparks jumping between them at every meeting, and the caustic wit the two share had me smiling widely.

Bailey is so bright and bubbly, always out to help others, see that everyone is happy, so running her Inn is perfect for her. Still, the awful Devlin family are trying to find a way to oust her, they want to own as much of the town as they can and have used some very dirty tricks in the past. I love the way Bailey not only stands up to them but uses her sharp wit against them.
She’s been with boyfriend Tom now for ten years, hoping that they will marry and have a family soon. She’s in for a big shock though….and it changes things between her and Vaughn.
They’ve always hate a hate hate relationship, but underneath that everyone feels that its defensive on both sides, and it really seems to have started with Vaughn rebuffing the open friendship Bailey offered him when he arrived, the same as she does to everyone. He wasn’t impressed at her initial opposition to his plans for his new hotel, and things went downhill from there.

Its clear Vaughn is attracted to her, and just as clear he doesn’t want to be. He’s always been Mr No Commitment and it suits him, but he knows that Bailey spells danger to that, and seems to use his acerbic wit as a defence even as he cringes inside at what he’s saying. Bailey responds likewise, they both bring out the worst in each other, but that gives some terrific scenes for the reader.

Its a real romance here, but a long time coming, with many forward and back journeys that had me inwardly screaming at them! Of course that’s perfect for me as it brings bucket loads of angst and emotion.

As with all Samantha’s romances its not just a two person story, but brings in many others, some from book one, some who look set to become future books. Story seeds, those hints of what/who might be next. Its always fun to try to spot them, and I think I’ve got a couple here, there are some individuals who really intrigue me. Quiet, shy Emory, what’s her story? Why is she so reserved, so closed off? Dahlia, she seems to have lots of things to reveal, and we’ve only seen her as a very secondary character. Jack Devlin, met him in book one, and he’s here too, and still as much a puzzle as ever. I can’t believe he’s really such a bad guy, and yet the things he’s done, and does here too seem to point in that direction, then he does a couple that point the other way. Even Vaughn’s dad has potential, not as a main character IMO, but maybe a secondary romance thread in a book? He’s certainly got the heart and character for it.

Its a great read, I loved it, was entranced by Bailey and Vaughn, loved the puzzle of their relationship. I did wonder about a few characters in here, Vanessa, will she make a return later, Jack, how can Cooper’s former best friend change so much, do what he does, and of course Vaughn’s awful friend Oliver. What on earth did those two ever have in common?
There’s a couple of surprises towards the end that I didn’t see coming ( and one I did!) and it makes me wonder if they’re future plots in later books?
.
Stars: Five, a great read, perfect blend of sensual romance and solid story. 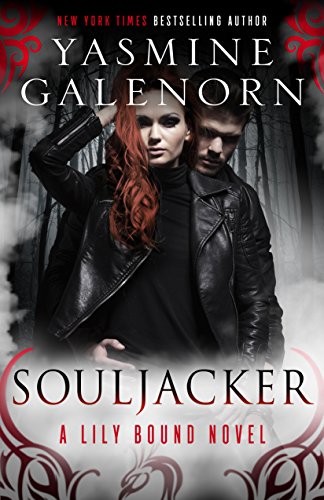 Hmnnn, succubus – they’re not characters that really feel empathetic are they? I put off reading Richelle Mead’s wonderful Georgia Kinkaid series for ages simply because I could not see how an author could make a succubus into a person I’d understand, feel I want them to be happy, and yet I was so, so wrong. Add in Jill Myles terrific Succubus reads and you can see just how very wrong my first thoughts were.
So if you’re like me, take a deep breath and prepare to be surprised.
I’ve enjoyed some of Yasmine’s other reads, so I was familiar with her writing style. the story jumps right in with a death at Lily’s house, one of her top clients has been murdered. Not good for business, nor is the fact her clients wife is on the warpath and as a powerful and influential were she can – and does – do immense damage to Lily’s business. So far its worked giving her an income, keeping her alive through sex with Supernaturals, she’s found in the past humans are just far too fragile, and wants to avoid killing people.

In this society Vampires aren’t the Romance kind, but irrational, dangerous killers. Once turned little of the human remains, and they simply lust for blood, sex and power, and have become so dangerous that vampire kills aren’t even investigated by the police any more. That leaves Lily and her friends on their own, as a Vampire Execution the police simple pass on the murder, but she does get given the name of a chaos demon who might help. And Lily and her friends need that help when they learn the killer wants them dead too….

I like Lily, she’s just trying to live, trying to keep her friends safe, enjoy life and she’s found a way that avoids killing humans, something that happened in the past to her and hurts her conscience.
She has some good friends, witch Dani, human Nate, Marsh the…Ghost? spirit? whatever, he’s someone from Lily’s past who’s returned out of the blue, and of course Whiskas the cat – who’s more than a cat, though decidedly not a shifter.
Lily herself belong to the dark Fae court, and we meet the Queen, Wynter in this book. Scary woman, and she’s very powerful. You don’t live for thousands of years without learning a few things.
Archer the chaos demon turns out to be not the type Lily feared, Demons don’t get great press, but in fact he’s a true gentleman, luckily attracted to Lily, and they’re in the throes of him helping her with sex feeding, and maybe they’re developing something more. I didn’t get a great feeling of romance here, its pretty clear one is meant to be starting but I wasn’t really convinced of anything more than a bit of lust between them. Maybe that just takes time, sometimes its better that way.

Its a fun read, a story with elements of many types of creatures thrown in, Vampires, demons, ghosts,witches,  Fae and of course Lily and Whiskas.
In a way that kind of affected the story for me, there were so many different types of character, so much going on that the murders almost took second place. When the climax (Hah!!) came it was almost missing for me, they’d had so many scrapes already that it seemed like it was just one more.

I enjoyed this but I’m waiting for book two to see how the series develops, it didn’t keep me gripped as I’d expected. At times it just felt a little muddled as there was so much happening in a relatively short space of time and pages (GR has it at 292 pages) or 3552 kindle locations.

Stars: Three. Maybe as this continues I’ll feel more for it, its tough for first books in a new series.