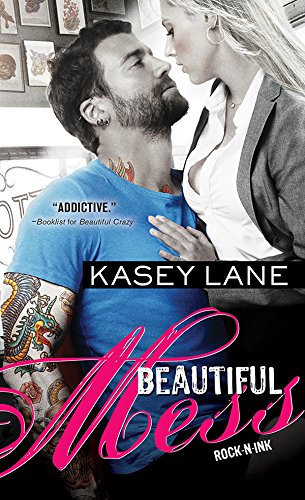 I really wanted to like this book, loved the description, have a weakness for rock star trope so…but, though it was an ok read it didn’t have any real magic for me.

I found myself skipping the sex scenes, there were Loads, page after page after page…or that’s how it felt. I don’t mind that normally, I love sensual spicy reads where a good story has lots of sex, but that’s the issue for me here.
The story just wasn’t strong enough, it all very, very overdone, storm in a teacup stuff, with supposedly old enough to manage their lives people being ruled by parents.

Given Jami’s career path its clear she’s a strong individual, she doesn’t live at home, doesn’t need her parents money and I just didn’t see why she let them rule her life.
Her past – it was difficult but she dealt with it, her brother was great, a strong support and I couldn’t see why she was still letting parents dictate her life.
Likewise when she meets Jax after five years she has that first reaction, lets him say and do things to her, turns into a simpering giddy girl, doing whatever he wants instead of saying “what the he ll, Jax, why did you leave?”

Then the same tired old reasons come out, they are OK, do provide an excuse but for me weren’t really right for this story, didn’t fit the people, and let to a tale that felt a just a bit off.
It could have been better, could have been worse, but was just an ok unmemorable read for me.
As usual others love it, which brings me up to the make-your-own-choice warning. Just because it didn’t work for me doesn’t mean it won’t work for you, but if you’re looking for a solid story, lots of band stuff, characters that are well rounded and independent ALA Kylie Scott/Olivia Cunning then you’re not likely to find it here.

Stars: two and a half, there were a few parts I enjoyed but overall its a story that didn’t cut it.