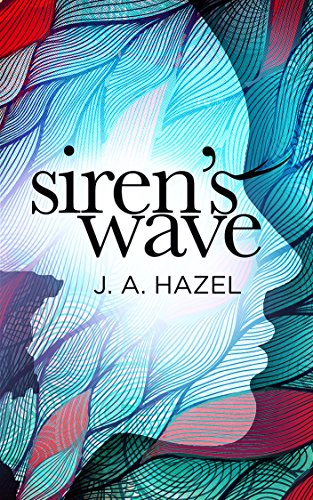 Well, by now regular readers of my reviews will know I have a weakness for rock star/film star romances, so when I was asked to read this I was a happy bunny.
Did my usual checks first though because there are hundreds of thousands ( or so it feels) of novels in this genre and I know from experience that 90% of them just don’t do it for me. They work for others, dominate best sellers but I need something a little more, a story with an edge.

I want a novel that’s true to the music industry, that brings in all that band life, celebrity/media excess if they’ve found fame, the struggle to climb up if they haven’t, one that shows the underbelly, the grittiness and stuff we don’t often get.
Things like how common drug/alchohol use becomes, first to give a little extra and soon its needed more and more just to cope with the onslaught of demands made by those who hold the purse strings, and who want more and more from the people creating the music.
I need characters that feel real, have genuine emotions and problems, that I feel I could know, talk to, and I have to like the leads, to want them to be together. We get all that and more here….

Bran, what a great lead. The band he’s on is on the cusp of fame, but right now each of them are also working at other jobs as well as gigging and trying to get spotted. Finally that magic call comes and they’re off to Anoxia, an Australian record company to record their music.
I love Bran, and when we meet him its feels like he’s the laid back one, the band peacekeeper, though they’re a close knit bunch, when they argue it doesn’t bring actual friction.
He’s got a damaged past though, and his band mate Nate and Nate’s mum are responsible for getting Bran through his childhood, without going off the rails. He still has nightmares though, is still inwardly really troubled though hides it well. He’s gorgeous, but seems totally unaware of it, and its wonderful to see how gentle he was with fans, how open and honest.
Then he meets Ava.

Ava works for Anoxia, has done for some years now and is well respected. She’s small, a fifties starlet type lady in appearance, and always conscious of being a little over the ideal size. Still likes her food though 🙂 me too….and she comes over as pretty confident in herself, she hides her insecurities well.
She’s close with the Anoxia staff, they’re good friends as well as work colleagues, and feel like a family unit almost.
I love Ava too, she’s so open and honest, fresh, but she has one weakness and its for guys that look like Bran….

Their first meeting doesn’t go so well, Bran is – well, simply obnoxious to Ava, and that continues over the next few days.
His band-mates are astonished, this just isn’t like him. It really is like that schoolboy pick on someone you like feeling. He’s attracted to Ava but won’t admit it to himself, maybe its because he knows she’s not a one and done lady and that’s all he’s ever had, or wanted.
Ava just ignores him as much as she can and mentally labels him a dick…prick dick I think was the term she used 😉 Its such a contrast to the Bran we and his band mates know.

Things change though and soon they’re having steaming sensual encounters, though still have a strange relationship. They don’t date, just feels like Bran keeps sneaking into her bed, needing to be with her, needing the feeling of peace she brings. They’re only there a few weeks though so what happens then?

I love this story, its got the Love part I need so much, and its tangled, hard, full of drama and doesn’t follow a neat pathway. I just couldn’t see what the future would hold for them, and they both seemed to be avoiding even thinking of it. They weren’t in a relationship exactly, and yet both had such a strong need for the other.
When it went wrong, I could feel pain on both of them. I understood Ava’s stance though, she had to protect herself. I also understood Bran though, looking from the outside its easy to see why he has issues.

There’s sex here, not just Bran and Ava, but the usual one off encounters that seem to follow band life.
It amazes me how girls ( and guys) want to have sex with someone just because of fame, and if the first choice isn’t around they’ll move down the line quite happily….
There’s alchohol and drug use here too, and even though its something I don’t like I know that its common in that industry, that people seek chemical help to deal with the pressures they are under and it fits the story.
The execs hand out drugs as an easy solution  here and I’m sure that’s how it works in reality. Who cares if they’re unhealthy, lead to addiction, lifelong issues, and death sometimes so long as the stars can keep on churning out the performances that bring in the cash.
That’s the not so nice side of the music industry, and one not often seen in romances. I like that its included here, not in an OTT drama infused way, but as just another part of band life, and every day way of  dealing. Paracetamol for a headache for most of us, in this life though its a headache caused by stress and pressure, and its heroin and coke that gets handed out.

Its a great read, not a light and fluffy story, skimming the fame and music side, but one showing how hard it is for up and coming bands, what kind of pressures they face, the realities of touring and recording. Bran and Ava’s love story is just perfect set against that.
A romance that isn’t smooth, that struggles, that has lots of drama and theatrics, supported by a great cast of characters and a very real feeling backstory.

Stars: Five. A fabulous novel, one with drama and details, edge and emotion, love and lust but with a story that unfolds so very different from so many Rock band romances.