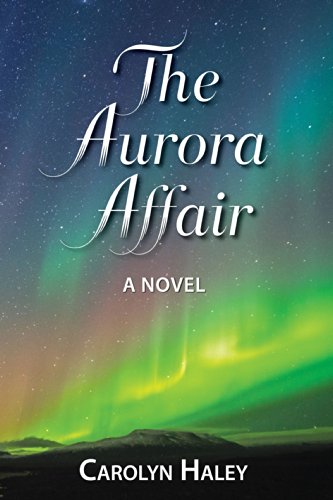 I was really pulled in by the blurb on this book, but it turned out to be nothing like I expected.
There’s lots I enjoyed, but at times it got so over complicated that I was lost.

There’s a lot of esoteric descriptions, flowery prose over psychic events, lots of inner musings about what’s happening now, in the past and in the future and why, and how, and what possibilities there are to stop it.
And soulmates, Maddie is fixated on soulmates, whether Buck or Kit is destined to be with her, but maybe she has a connection with Dru too, and yet one more guy later in the book….You’d think Dru’s girlfriend, Maddie’s sister Blanche would have something to say, but she’s just as open minded about who she should be with, and when and how long….Confused? You will be 😉
You can see how complex just the sex parts get. Throw in the other characters that live at New Atlantis and a few more visions/premonitions/echoes of past lives, and at times its one big sex fest, but one where emotions as far as love are concerned just don’t come into it.

I didn’t really like any of the characters much, probably Kit’s the only one I came close to feeling for, and it seems to me he gets swept along the psychic tide by accident. I felt the otrhers were rationlising much of their behavoiur telling themsleves, and others, it was for the common good.

Its really a story of the supernatural, of good versus evil, and of how governments are afraid of anything they can’t understand, and will stop at nothing to keep control. That’s scarily true and if this was real I think it would play out as described.

Its billed as Romance, but to me there’s little actual romance, its more a question of “your chakra needs re-balancing/your aura is out of sync/you’ve too much negative energy/the tides are predicting this” ( or moon/stars/sun – take your pick) or simply “its a festival and I want you”….Everything becomes an excuse for some hot and steamy sex, but without the emotion and feelings of love for the individual that are needed for me. TBH that spoiled it for me.

Eventually after many false starts, and lots of failed attempts – and lots more sex – the Evil gets identified and pushed aside, but not at cost, and not without the sticky fingers of the Government getting involved.
That sets up another trap, possibly as dangerous as the Evil they’ve just overbalanced for now.

Its a very complex tale, lots of content and action – for me a little too much. I want a story where I can work out what’s happening, and follow along with events, but there’s so much psychic intervention here that it becomes impossible to predict events, to work out who, what, how and when.
I love paranormal stories but this one gets so over-complex that I found myself switching off sometimes, and just flicking past events trying to see what part that had actual relevance to the story came next.
I like a romance with characters I can get behind, a couple – or couples/trios – that I can want to be together, without all the sex with others muddying the way. I didn’t really feel any actual romance in this story, until maybe close to the end. Speaking of endings – its very amiguous. Are there more books to come or is this it? I felt for a long while when starting that I’d jumped in to an existing sereis, and missed a book or two but I can’t find anything else except this book.

Overall its an OK read for me, I just felt there was so much going on that the story, the message, got lost.
As for the romance, well, don’t expect tenderness, hearts and flowers, but people who really don’t know who they want to be with and end up trying – lots of times – before they buy!

Stars: Three, parts of it I liked, the idea I loved, the execution not so much.