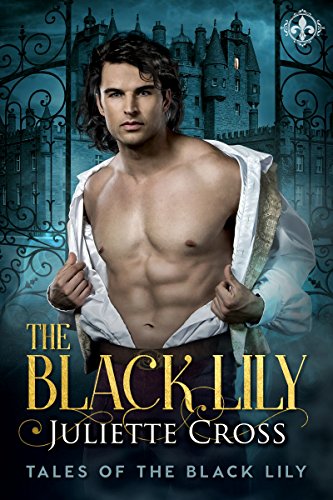 I’ve read a few of Juliette’s stories, and liked the sound of this. Vampires? Romance? yep, two of my tick boxes 😉
What did make me hesitate was the Cinderella connection. I’m not a fan of fairy-tale rewrites generally, I’ve read too many that mirror the original so closely there’s nothing fresh in the story, but this one is fine.
The storyline is only very loosely followed, in fact most of the story is pure Juliette original, maybe 5-10% follows Cinderella and that’s fine by me!

We meet Arabelle, AKA the Black Lily, with her friend Deek, the blacksmith,  planning an audacious assassination of the vampire Prince Marius at a ball later that evening.
She and her band of followers have been planning this carefully, she has the gown, the jewels, the mask, a fairy-tale carriage, albeit borrowed as are the gown and jewels, and most important, a gold edged knife to kill him. Vampires in this series are killed by gold, though royals have to be stabbed in the heart for it to be fatal. No pressure there then Arabelle.
Why are they out to kill him? Well, seems vampires aren’t sticking to the laws, and the peasants arte being drained, first an odd few but more and more recently. Arabelle’s mother died this way and she’s determined to stop the slaughter.

I love the way the planning was explained, there wasn’t a magic wand ( well unless you call a certain part of Deek’s anatomy that, he uses it well to “persuade” people to lend things for the cause…. There’s lots of planning, they’ve spent months on this, even down to Arabelle swapping her outdoor chores for one of the staff’s indoor ones, so her skin gets a chance to lighten, helped also by her own cosmetic preparations. She doesn’t just dress up and hope for the best, but plans, works to make it a success.
I need that in a story, need to understand the how and the why, when something just falls into place at the right time without any effort it just doesn’t work for me.

Of course she doesn’t manage to kill him, it’d be a short book if she did…but he gets close to her and is entranced, enamoured by her even though she wanted him dead.
As it happens she was surprised by her attraction to him, surprised by their conversation. He wasn’t what she expected.
Marius is determined to find her, find out why she tried to kill him, to just get to know her better. He wants her, and not as a prisoner for an attempt on his life. Of course his royal parents aren’t quite of the same mind.
There follows captures and escapes, plans and plots, deals and steals, barters and betrayals…its a fun read, especially when we meet the Hart Wolves, and Sienna.

I really liked Marius, he was a Vampire, but one of the good guys, they’re not all heartless, blood-thirsty killers and he has no idea what’s been going on. His one failing is assuming everyone is happy, what will he do now he knows otherwise?
I really wanted him and Arabelle to find a way together but when they’re on such opposing sides its a hard ask.

There’s some great characters here, some fun adventure and it adds up to an enjoyable read, when the final denouement is revealed I could have kicked myself ( metaphorically – its hard to do that when you’ve only one leg, I’d just fall over!)
Its so obvious and yet…like I suspect most readers, I simply didn’t see that coming, followed the trail led before me very obligingly.

Its not deep, dark, drama but light and fun, with some real excitement at times, some plots that were very realistic and no quick instant, unbelievable fixes, but ones where people worked for them.
Arabelle wasn’t a sweet, helpless female, not yet a kiss ar$e heroine, but someone who felt real, who was a natural leader and worked hard for what she wanted to achieve. There were some excellent support characters too, that fitted the storyline very well.
I love the descriptions of the gowns, the fabulous Glass Palace, and the minutiae of everyday life brought in that made things feel real.

Its ends on a good spot but leaving the way open for more and I’ll be happy to read the next story.