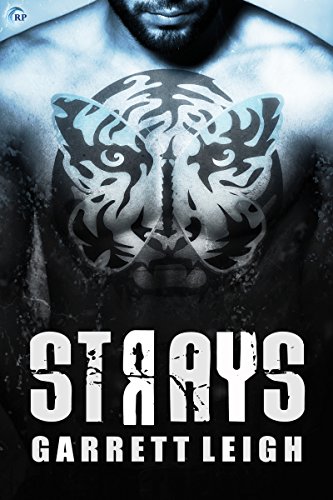 One of the reasons I enjoy m/m romance so much is that it tends to be incredibly emotional, real romantic, tender love, wonderfully angsty and the plots are complex but not overcomplicated, no added unnecessary bits but just words central the the story.
I hate those padded out romances, where you feel words, plots, characters get thrown in just to add to the word-count.
I first came across Garret Leigh with the wonderful Misfits, book one to this series. So when I saw this one – well of course I had to read it 😉

Oddly looking back Cass wasn’t such a main character in that story, and yet he feels so familiar. I adore him here, he’s got the knack of seeing what people need, who they really are, he doesn’t have preconceived notions based on their history but lets everyone have a fresh start.
He and Nero share a similar issue which could make getting work difficult, but he took a chance on Nero despite his past, and Nero’s been a little in love with him since. Of course Cass can see it and in his gentle way he’s made it clear he’s happy with Tom and Jake (Misfits) yet in a way that doesn’t embarrass Nero.
He relies on Nero for the practical side of the kitchen, from designing right from the off to what kind of food and the menus for it. Along with Nero I found I’m a bit in love with Cass too….

Cass sees Lenny, right when he’s reached rock bottom. Haunted for months by a stalker who’s not only followed him constantly but has invaded his workplace and his home. The police can’t help, give him a stack of leaflets but without witnesses, evidence and a name they can’t do much.
Lenny has had enough, you feel his fear, and reading his story I could understand how people give in when they’re that low, decide life isn’t worth it. Before this he was a bright happy guy, intelligent, loved to dance, friendly, very outgoing, and almost flamboyant. He was happy with himself, now he’s like  a wraith.
Cass steps in just at the right time, places him with Nero, in the flat above Pippa’s and working in the kitchens under Nero. His only instructions to Nero? Keep him safe…or words to that effect.

Nero has no idea what has happened to Lenny, but knows if Cass placed him there its for a reason, but he’s not overjoyed at having help in the kitchen who has no experience, and having his flat invaded too. Its tiny, one bed so Lenny gets the sofa.
I love Nero, can’t recall much of him from book one ( one day when i do a back to back read – that way everything marries up nicely while its fresh in my mind) but he’s a real stoic grump type character. Everyone respects him for his brilliance in the kitchen but he’s not the guy you joke around with. Man of very few words that’s Nero.
They get along OK, Lenny trying valiantly to keep his head down, not get in the way, and its soon clear to Nero just how scared Lenny is.
He begins to get glimpses of who Lenny was before, in unguarded moments when he tells Nero things from his past, lets little bits of info slip out and they start to learn about each other. As Lenny trusts him more he ends up telling him everything, and of course he wants Nero to trust him in return, be as open as he is now they’ve got so close, become lovers, but Nero hasn’t had the best experiences when he’s let out his past before and just can’t bring back those nightmares again.

I so felt for both of them, such sad stories, such lovely people. As before Garret has created characters that feel so real, they’re not the stereotypical flaming gays seen far too often, full of clichéd action and phrases, but people who are individuals, where being non heterosexual is just part of who they are, not the sum of them.
The need for Nero to trust him with his story was so clear from Lenny, I could feel how let down he felt, how he thought he’d opened himself up but Nero just didn’t trust him enough to do the same. Then of course I could see it from Nero’s POV, how he didn’t want to bring back the nightmares, how he feared Lenny’s reaction, how he was just too scared to let it out.

Then there’s the brilliance of the Urban Soul Kitchens, how they each differ, tailored to fit the need for that area, not a generic franchise type eatery. Everything from the bare bones of the building to the sourcing of the basic food ingredients is carefully worked on, and it pulled together to create wonderful places, full of character, teams of people within them that worked together, and places I’d love to eat at. They felt so real, and I could visualise them as I was reading.

The stalking plot, its kind of low key after the first revelations and then really builds to create some fabulous drama towards the end. It fitted the story so well, let me enjoy so many different sides to each character, without turning it from a romance into a suspense novel.

Its another great read, very British ( hurrah!!) from the places used, the transport, the recipies and of course the language. So many authors try to do British, especialy British slang and cursing, but it ends up an American version of it.
One of my huge bugbears is MS Windows insistence that I can have US English – There’s no such thing, English is English, other countries may have their own take on it, but what they use Is Not English….It might be American, it might be Australian, but it isn’t English. Rant over 😉

Stars: Five, another fantastic read, one to keep. 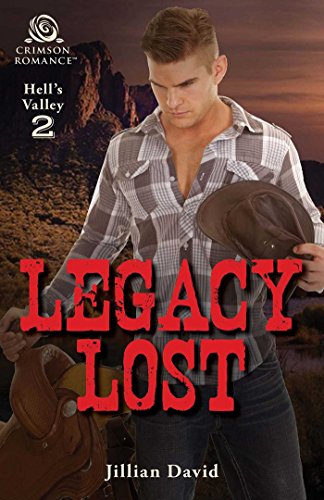 I was a little neutral on the first book in this series, but got on far better with this one, understood the storyline and characters more.

We met Eric and Shelby in that last book, and learned of her Gift, and how much the newly developed parts cost her.
She’s still recovering from that and the fire, Eric is still trying to hold back his growing feelings, the family still struggling to pull through after the last disasters. You feel these poor guys deserve a break.
Not yet though….that Darkness, that Evil is still stalking them. We still don’t know what it is, but we do learn more about its motivation. Its some scary stuff in this book, and the family need all the help they can get. they really are lurching from one crisis to the next, both financially, physically and practically.

Eldest son Vaughn is still away, I’d like to know exactly what happened, but we do know he was involved with Garret’s ex, and Garret knocks down Shelby’s suggestion of asking him for help.
Their dad seems to have given up on life, and we really do see a family on the verge of breaking up. There’s only so much people can deal with, even when they do have some extra abilities.

I love Eric, and can see exactly how he felt, always welcomed as part of the family, but its fact that he’s not.
He’s been a close friend to Shelby for years, best friend to her twin, but his feelings have changed and he doesn’t know whether to risk losing what he has by telling her. It could go well, he could be part of something perfect with someone he loves, but equally he could lose everything if she doesn’t feel the same.

Events overtake them though, bringing them both into severe danger, and once more they face this anonymous Evil, the entity that they’re coming to realise means to kill them all.
I got the feeling when Odie and Ruth came into the story that they had a connection somewhere and looking it up I can see they’re from the other series. I’ve not yet read that, but if you have then you’ll know more about what they can do. For now Ruth is nursing Shelby’s dad and Odie is helping on the ranch. They need that help!

It’s a fun read, I liked that the supernatural came into play more in this one. Loved Eric, but Shelby made me a bit irritated at times with how she treated him. Still, I could sort of see where she’s coming from.
With Shelby and Eric both being attached to the Ranch most of the action takes place there but there are a few minor scenes in town, where they run up against Wyatt from the last book, who’s still acting weirdly.

Stars: Four, interesting novel, with some supernatural drama running through the love story