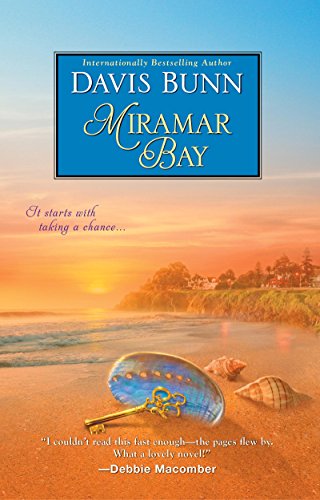 My first read from Davis, and at the beginning I felt I’d made a mistake choosing this. It seemed really slow and I couldn’t see the connection between the characters.
It quickly picked up pace though and we met more and more new people, mostly in the town of Miramar. I soon became hooked on what was happening.

Connor wasn’t quite A list, but with luck might make it, but he’s kind of in limbo. Gave up on his music dreams when the acting took off but he seems to be the guy everyone wants dead in films and TV, to the point where he’s on death 97 and getting tired of the roles, finding them a bit banal. They pay the bills – just – but don’t stretch him.
He’s about to marry in five days and suddenly he’s wondering what he’s doing, likes his fiancée but doesn’t love her and not sure how things got to this point.
We’ve nearly all been there somewhere along our lives, taken stock and found parts lacking. Can he change though, or have things gone too far?
On impulse he boards a bus and makes for Miramar, a place he enjoyed for a couple of days holiday once and that seems to pull him. It reminds him of home, of his roots and family.

Sylvie runs a restaurant there, and its hard, always balancing on the edge and she had to take on a financial partner who seemed fine at the time but has now become overbearing.
For most of the staff it’s a second chance, somewhere they can rebuild their lives after being in prison or similar, and they appreciate it and are very loyal to Sylvie. Its clear how close they all are when something awful happens and she needs help but as someone fiercely independent won’t ask.
The local sheriff, Porter is a good guy, he looks after his town, is genuinely interested in keeping everyone safe, not one of those lazy but power hungry types.
Then there’s a few other characters, the sleazy Phil, silent – or not so silent- partner in the restaurant, a mystery woman named Estelle, and Connors wonderful agent Ami, and her assistant the fabulous Gerald.
Gerald had some cracking lines and I adored him. He’s written in such a way that I could see him perfectly, hear his voice, appreciate his sharp humour. For older readers and anyone who’s into music of the sixties and early seventies there’s some great references, had me humming while reading.

What seemed at first to be very disparate events and people slowly get woven together in an entertaining and absorbing story. There’s one plotline that was really predictable to me early on, stood out who was behind things, but not really why other than the obvious.
That didn’t really matter though and it still was fun seeing how things played out, how the team of Sylvie’s friends pulled together to help her despite her usual “I can manage” stance. They didn’t ask if she needed help but simply steamed ahead, knowing she’d do anything rather than burden others.

Of course there’s heartbreak here too, she’s been through a  cheating liar before when her ex failed to mention the wife and kids, so when she finds out the truth about her new waiter, Connor, the man she’d become very close to in the few days they’d been together she’s devastated. Connor isn’t giving in, but he’s going to need some fierce and heartfelt actions to get her to forgive him.
Like I said, early on I wondered if I’d made a mistake, but it turned out to be a story I really enjoyed, a perfect five star, though probably a one off read rather than a keeper for me.
Its not a rollicking sex-fest story but a more gentle, deeper one with some sensual attraction between Sylvie and Connor thats contained to a few searing kisses. Sometimes Less is More and that makes the story more interesting 😉 I like sex in books but….endless pages of repetitive sex can get dull and boring, and there’s many reads where I’ve skipped that to get to the actual story, so it was good to read a novel where the content was first importance, and not one that relied on just sex to try to keep the reader intested.