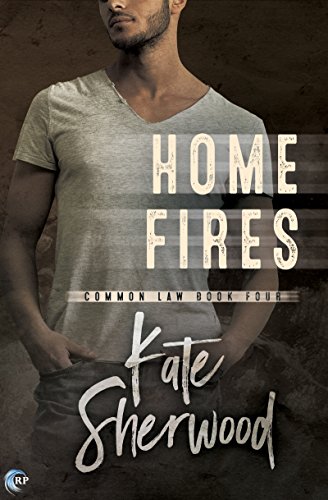 This is an amazing wrap up to what’s been a beautiful quartet, fabulous characters, not just Wade and Jericho (Jay) but so many others, plots that feel so real, and events that are characteristic of small town life.
I’m really sad to see these guys go, and yet I guess there’s potential for Wade and Jay Mark 2. Somehow though I think maybe best to stop at the top – I’ve felt not ready to leave characters before and then author has written more books and they never seem to have that first magic.
Kate is certainly an author that gets searched for now by me, I really enjoy the way she puts a story together, and how each of these reads has ended without cliff hangers (my bugbear) but still had me wanting the next book.
I was really lucky here getting ARCs, as I got the last two together so Tuesday saw me finishing third book, Wed I wrote review and cracked on to book four. With everything fresh in my mind it was such a  great read.
I love to read whole series in one back to back sweep for that very reason, total immersion into the story and characters.

What could I pick out from this book? Wade – I’ve loved him from the start, he’s so enigmatic, so quiet and yet so clever he seems to know what’s going to happen, when and what to do about it.
I get the feeling he’s not exactly a criminal, though the law has been trying to tie him to many crimes, but that he’s one of those guys that sees what needs doing and gets on with it. If that means crossing a few legal issues so be it. Not in the vigilante style, he’s more of a preventative person than a pursuer of justice, if that comes along then great but if not, well he’s not worried.

Jay – a staunch believer in the Law, he’s been in the Army and seen service in some terrible places, been a city cop where life was always busy and he didn’t have time to ponder and worry, and now he’s back in Montana, wondering if he and Wade can have something together after all this while.
He’s learning to trust Wade too, to see he’s not just the criminal in waiting his colleagues seem to think.
The sensuality between them is incredible and yet for most of the while its just been looks and quick touches, though it finally heats up here when Jay decides he doesn’t care any more, he wants to be with Wade, and isn’t bothered who knows it.
He’s always been open about his sexuality, but with Wade there’s the history they share – along with Kayla – and the little fact that most of his colleagues feel Wade is on the opposing side of the Law to Jay.
What I love is they’re just ordinary guys, people we could know, live with, work with, meet in the pub. There’s no big I’m Gay placard hanging over their mannerisms, no cliched Tells as so many books make. That’s what I love, it emulates real life where sometimes its obvious someone is gay through their actions, in the same way sometimes its obvious someone is a bigot, but most of the while people are just people, gay or not is just another facet of their character, not the defining one. And I’ll stop drum banging now 🙂

There’s some real action in this book, a few deaths too, and a feeling of satisfaction tinged with sadness when its over.
As so often happens maybe if things had been done differently, if the top brass listened to the locals….but life is full of What Ifs, and speculation can’t change results.
I love the mix of small town policing v out of town Important Top Cops ( well seems to be how they regard themselves)
There’s a point where the out of towners, the alphabet cops, are busily engrossed in stopping an upcoming conflict, a mass rally of MC people with guns, rockets, tanks even, and they’re keeping the locals out. Jay is so irritated and Kayla says words to the effect of “go and do some paper work”, or “see if Mr x is trapping the neighbours cats again”, somewhat sarcastically. They know the others are being hoodwinked, yet all their efforts to say so get ignored with a “leave it to the pros “ kind of pat on the head. Kayla and Jay are so frustrated and using irony about the realities of small town policing. Probably for 99.9% of the time it is like that, but when it really matters, and they have the local knowledge to make a difference, save lives, pre-empt disaster and they’re being shut out they’re both upset but stuck.

A perfect quartet of novels for those readers who want a tender and sensual romance, action and drama but situated in a small town with locals involved, plots that are full of characters that feel real, that have connections, where the law isn’t black and white but shades of grey (50?? Maybe… but no sex accoutrements here. Just solid characters with real emotions).
Each book is complete but together they make up a wider story. I’ve just reread my review of the first book, and my thoughts about the series back then are interesting, and have pretty much played out as i expected.
Its been a series that will definitely be a re-reader for me.

Stars: Five, a fabulous end to the series, perfect wrap up.