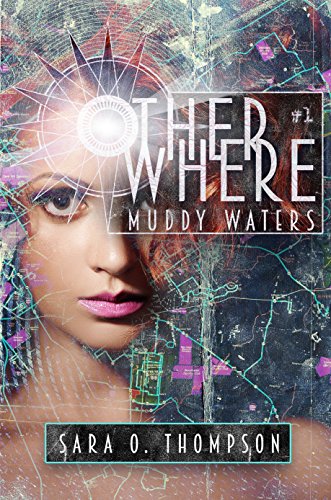 I was really intrigued by the description, i do like these “crossover world ” reads, where our world and the supernatural exist together but in a kind of parallel spacing. And Magic, I love that!
Its kind of a muddled read though 😦 some things I liked, but sadly a lot that was just plain confusing and had me backtracking trying to work it out.

When we first meet Tessa she’s been incarcerated in a tough prison for five years, much of that doped up and then – wham- the FBI flexes its muscle and she’s out. No detox issues given she’s gone from one extreme to nothing and no support!
Somehow given she’s still assumed to be guilty of killing her family, and also a very dangerous witch I thought she’d be under more supervision.
I like her and of course we know she didn’t do it, but others in the book will still see the conviction and think she’s guilty.

The whole FBI thing seems like a device used to get her – and other characters at different times – in a certain place in the story. There’s little that connects to real policing, no training, no office meetings and direction, no reports to make. She’s more or less left alone to run her shop, except for this one thing they need her for right now.

Her FBI partner Qyll is a Dark Elf. Other than being told he’s hot, and picking up that he’s a man who uses few words, and has a sort of old fashioned speech style we don’t really know much about him.
They don’t really spend a great deal of time together, don’t act as partners, and I found that hard to believe in. Tessa is just a short while away from maximum imprisonment, regarded as dangerous to a deadly extent, drugged up to a comatose state for much of that, and now she’s let loose on the world to track down a murderer, or murderers, without any real guidance, training, directions or input from the FBI and Qyll.
He was a potentially great opportunity that seems wasted. His character has the potential to be so much more. Maybe, hopefully, as the series continues….

Of course the murders stack up, everyone except Qyll seems to have a down on Tessa, and despite having no real experience she’s more or less left alone to track down the perpetrator(s).
There’s lots of action and drama, but it got very confusing at times, and I found one of my pet hates being used too much, where the lead character gets new/unexplained powers just when they’re needed most, and when the reader thinks there’s no way out for them.
I needed to know more about Tessa, more about what she could do, before I could believe she escaped almost injury free from the multiple conflicts she gets caught up in.
There’s so many characters too that I had to keep backtracking to find out who they were, how they connected, and where they belonged in the story.
The timing is sometimes a bit strange. There’ll be an action packed, drama filled few hours, and then next paragraph we’re days or weeks later, without any indication of what had happened in the interval.
Its sounds as if all I have are criticisms and that’s not true, these are real issues for me, but the potential for things to work out into a great series is there IMO.
It just needs tidying a bit, better pacing and use of characters and constructs ( the FBI for example).
Set secondary characters in plots that fix them in the readers minds, instead of leaving them wondering “who was that again? Where do they fit it?” when they suddenly crop up.

Its not only a debut story, but a first in series and that’s always tough to get right.
I do feel though that there’s some unique ideas in this story, a series with a good future here.
I like Tessa’s spells, the way they’re explained, the way she uses ones developed in childhood – that kind of things works well for me, and I feel then that as they are so ingrained its believable when she pulls them out just when she needs them without barely thinking about them. Kind of how they’ve become second nature.
More of that kind of thinking for other events would help IMO.

Its not billed as Romance, but I get the impression that possibly in the future Qyll and Tessa will get closer to that. and a s a romance lover of course that appeals to me too!

Stars:Three, a story that for me has a great future but which I feel needs some series tidying and attention to get there.