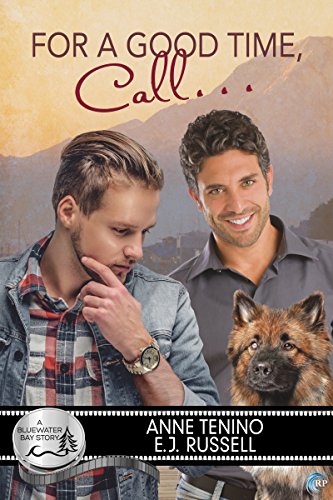 Bluewater: I love this series, so many different authors bringing fresh story-lines and ideas keep it fresh even though its got loads of books in now.
It could get messy, could lose continuity but whoever checks overall management of that does it perfectly. each book has cameos but characters from other reads but even though they are characters created by someone else they always manage to keep their same “voice~” and personality, and that makes it feel so right to me. Like meeting old friends once more.
I don’t know much about characters that are not on the mainstream side sexually, and Grace (grey asexual) is a term I’d never heard of. Still, that’s the beauty of fiction, reading about so many different people, different issues and problems means its always new and interesting.

I like to imagine What would I do if placed where a character is having difficulties, and when they’re like this it means some deep thinking.
What “I” want isn’t what “they” want so I need to look sideways. Reminded me of Animal Welfare Law at uni, just because we enjoy being inside by the fire on a cold wet day doesn’t mean its the right thing for a fish, he/she doesn’t want to be inside by the fire but needs to be out in the water, regardless of weather and temperature.

I enjoyed too the way it wasn’t kind of preachy and prickly, as so many books are – not just about sexuality but any kind of discrimination, anyone who’s not quite on the middle section of “normal”. I know some disabled people who are very prickly and easily offended and that happens in life, but I don’t want to read it all the while, even though as a disabled person myself I understand it. After all reading is for many an escape from real life and its issues.
Still, that said things need to be handled realistically, I need to feel the characters and issues are real and that’s was so perfect here.

I learned a lot form Nate, from seeing what he felt. He was a lovely man, and his dog, Tarkus, well he was such a star!! #tarkusisastar.
Nate had been in two relationships before, both ended badly and he’s given up on finding a third one.
Then he meets Seth. That first meeting doesn’t go well…and was so understandable. I so felt for both when the penny dropped. Still, they become freinds, mainly via Seth’s search for history about his family, and Nate’s interest in genealogy.

We meet both sets of families, and poor Seth, lovely nan, on the fence dad and a viperous mother and uncle. The parents and uncle hold the purse strings, and while nan wants to sell up the family home and move to somewhere more suitable for her age, they don’t want it, won’t allow it.
Poor Seth draws the short string with them too, always being ridiculed for his bar-tending job, and they insinuate its by their good grace he gets his apartment over the garage free. Seem to forget that he’s been solely responsible for the upkeep of the whole building, for looking after nan and ensuring she’s well. Nice people…not!

After a while Nate’s astonished to discover he has real feelings for Seth. What to do though? Take the risk of more and  lose it, or lose the potential of more and settle for freinds. How will he feel if Seth moves on? What if Seth doesn’t return his feelings? What if he does!
So many questions and they lead us a lovely dance into a slowly growing romance.

Though I loved all that, I found the side issue, the house and all its history, the family issues where Nan was prevented from selling, were a bit confusing and kind of muddied the water. At times that felt like a totally different story, and though there was interest in it and what they found, it didn’t mesh well with the main story for me.