Dancing in the Rain, Kelly Jamieson

Dancing in the Rain,  Kelly Jamieson 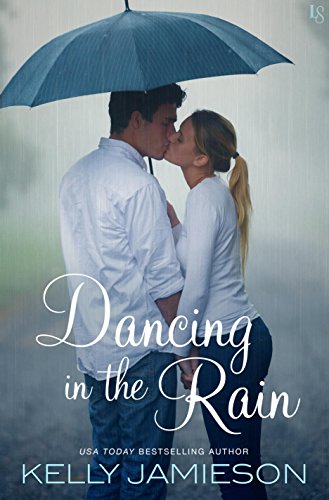 Kelly has written a lot of Hockey romances, this one is very loosely based around that world however.

Drew is a lovely man but after multiple surgeries on his knee he’s been forced to retire before he’s ready. He’s busy wallowing in a pity party when he meets Sara. The publicity around his career end had led her to find the man who fathered her daughter, twelve years back after a one night fling. She only had his first name so had been unable to contact him. He’s naturally wary, claims like this get made too often, but her story checks out.
Then we meet her family, daughter Chloe and sister Peyton.
Sara is dying from cancer and has only a short time left, and Peyton is stepping up to look after Chloe. They’ve no other family left, and finding Drew after all this time is a surprise.
Chloe is a wonderful preteen, written very well, I recognise many traits of hers from my own daughter and granddaughter 😉 I loved her, how close she was to her mum, how confused and upset at facing losing her.
Peyton took a while to warm up to though, I did find her very judgemental of Drew, and focussed on her career more than what was right for Chloe in the circumstances. Drew isn’t in a great place, and has let himself go a bit recently, but she acts as if he’s a raging alcoholic and has been like it for years, instead of a man facing the loss of his career and struggling to know what to do next. On that note although they lived far away his family were very close, I’d have thought he’d have talked things over more with them but? Ah well…maybe some other reasons, pride perhaps.
Sara, poor Sara, facing what happens to too many young people. Her wanting to die at home, but then when it came to it the hospice proved a better fit resonated with me. Last year my lovely husband was diagnosed with terminal cancer just ten days before he died. We wanted him at home, but its not like the adverts, not always suitable, and we sadly took him to a hospice for his last two days. They were wonderful and though he was in a coma for most of it they allowed me to stay 24 hrs round, and treated him with so much dignity that I didn’t feel I’d failed him by being unable to cope at home. Sara and her family had a similar experience and that came over so, so well in the book, and felt very real to me. I hate when death is glossed over and dealt with in a way that gives false expectation, here it was very real but peaceful, exactly how it should be.

I didn’t really feel the romance between Drew and Peyton, they were sexually attracted, there was certainly lots of lust but more? Maybe from Drew’s side, he liked and respected Peyton, but she was very quick to judge and dismiss him, and very watchful over his actions as a father, not helping him but standing back when he was learning a new way of life to him. I felt she could have helped more, offered more support and less criticism. Still, it’d be a different book then 😉

Like I said at the start, the hockey connection is thin, there’s no hockey action, matches, teammates etc and for me the romance was so-so. Its a good story overall though, felt very real and I enjoyed reading it. just not a five star re-reader.